Five Questions to Guide Your Bible Reading How to understand the story of Scripture November 4th, 2019 Tara-Leigh Cobble 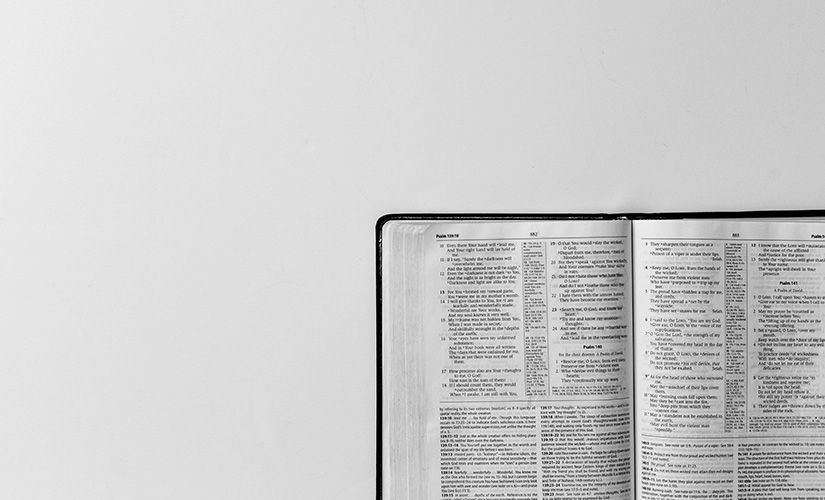 
Though I’d grown up in the church and had earned my share of Scripture memory badges in Sunday School, I was an adult before I realized I didn’t actually understand much of the Bible. I knew how to pull out a verse of encouragement when I needed hope, and I knew how to identify sin in myself and others, but I hadn’t really learned much about who God is or what he might be trying to communicate to the world through his Word. In Part 1 of this series, we talked about three common mistakes I’ve made when reading the Bible and how my relationship with God benefitted from changing those things. The first mistake I made was approaching Scripture with a lens for myself instead of a lens for God.

The main thing that helped me shift my perspective was asking myself five questions every time I read Scripture. I tried to read through the questions before I read, then again afterward. Sometimes I’d forget what I was looking for and fall back into my old patterns, but over time, these questions started to come naturally.

Question #1: What does God say or do in this passage?

This kind of question will be easy to answer when the verse says something like, “In the beginning God created the heavens and the earth,” (Genesis 1:1 ESV) or “[Jesus] took the bread and blessed and broke it,” (Luke 24:30) or “they were all filled with the Holy Spirit” (Acts 2:4), but it might be more challenging in places where God’s action isn’t expressly mentioned.

Here are two examples of passages where God’s actions might be more challenging to find. First, Matthew 6:33 notes, “Seek first the kingdom of God and his righteousness, and all these things will be added to you.” What action is God taking in this verse? At first, it may seem like he’s not doing anything at all. But who is doing the “adding to you” part? God is the one doing that! Next, in Paul’s second letter to the church at Thessalonica he says, “We ought always to give thanks to God for you, brothers, as is right, because your faith is growing abundantly, and the love of every one of you for one another is increasing” (2 Thessalonians 1:3). The people are growing together in faith and love, Paul is thanking God—but what is God doing? Here’s a hint: who is Paul thanking for their growth and their love? He’s thanking God! Paul recognizes God as the active agent in the church’s growth and their love.

Question #2: What does this reveal about what God loves?

Sometimes Scripture states outright what God loves, like “God loves a cheerful giver” (2 Corinthians 9:7), but sometimes it’s evident in what the passage implies. For instance, Proverbs 19:17 says, “Whoever is generous to the poor lends to the LORD.” This passage conveys not only God’s love for the poor but also for a heart of generosity.

This kind of question may seem to require an extra layer of thinking, but we do this in our relationships all the time. For example, if someone says, “You’ve gotta see this movie,” then I naturally assume they love that movie. It’s no different in our relationship with God and his Word. Most of the time, it’s not hard to see what he loves.

Question #3: What does this reveal about what God hates?

There are some people who think God doesn’t hate anything. But anyone who truly loves a thing will hate whatever threatens that thing. There’s a whole list of things Scripture says outrightly that God hates, and they’re all things that oppose his character or wound his people.

For instance, Zechariah 8:17 says, “‘Do not devise evil in your hearts against one another, and love no false oath, for all these things I hate,’ declares the Lord.” It’s clear that God hates when people plan to harm each other or lie to each other. But there are also verses where his hatred is implied, like in Matthew 23:25, where Jesus says, “Woe to you, scribes and Pharisees, hypocrites! For you clean the outside of the cup and the plate, but inside they are full of greed and self-indulgence.” Here, we see that God hates greed and self-indulgence.

When we think of those first three questions, about God’s actions, what he loves, and what he hates, we learn a lot about how to approach our next question.

Question #4: What does this reveal about what motivates God to do what he does?

God’s motivations are sometimes stated outrightly, but sometimes they’re only discerned by reading the full story. It often helps to consider the first three questions in order to get to this fourth question. Here’s a summary of a storyline that happens repeatedly in the Old Testament. Let’s look for God’s motivation behind what he does here:

God provided for the people of Israel. They promised to follow him, but then they rebelled. He had promised them that he wasn’t going to leave them but that when they sinned and turned from him, he would bring consequences for their sins in order to prompt them to repent. When Israel trusted in idols to help them, and broke God’s commands, what God had told them would happen did happen: their society, relationships, and lives broke down—usually at the hands of a foreign nation. Finally, they would repent and turn to God again, and he proved faithful to his promise to care for them.

In looking at the first three questions, we see:

Considering all that, we can see that God’s motivation in bringing Israel under temporary oppression is not that he’s flying off the handle or that he hates them. Instead, it’s that he has a purpose, a plan, and a goal of restoration. He’s acting out of love for Israel to help them find freedom from their idolatry so they can walk in truth. He knows that idolatry is burdensome and he knows that a deeper joy comes from turning to him instead. We can only understand the story of God’s relationship with his people when we understand that love is his motivation!

If God were motivated only by his hatred for sin—if it weren’t outweighed by his love for Israel—he’d probably destroy them instead. But we see his love acting as the motivator. In fact, it’s such a common motivator that we can safely assume it’s always woven into God’s motives.

Question #5: In all of that, what attributes of God are displayed?

Do you see God’s mercy? His grace? His patience? Where do you see his sovereignty or his attention to detail? Where do you see his generosity? Take note of the character of God. When you do this, you’ll begin to see him more clearly. Knowing who God is—who he really is—not only forms our relationship with him but our whole lives as well.

These questions may be challenging to remember. Write them down in your journal or on a bookmark you use in your Bible, as a reminder. Eventually, looking for God and his character in Scripture will become second nature and will change the way you view God’s Word. And as you aim to look for him, and then you actually find him, I believe you’ll realize that he’s where the joy is!

Read more posts about: Understanding Scripture, Story of the Bible, The Bible Recap 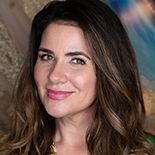 Tara-Leigh Cobble’s zeal for Biblical literacy led her to create and develop an international network of Bible studies called D-Group (Discipleship Group). Every week, over 250 men's and women's D-Groups meet in homes and churches around the world. She also writes and hosts a daily podcast called "The Bible Recap" designed to help listeners read and understand the Bible in a year. IG: @taraleighcobble + @thebiblerecap + @mydgroup W: taraleighcobble.com + thebiblerecap.com + mydgroup.org