How to Read John 6 Through a Jewish Perspective Getting a fresh take on the Scriptures March 5th, 2018 Suzy Silk 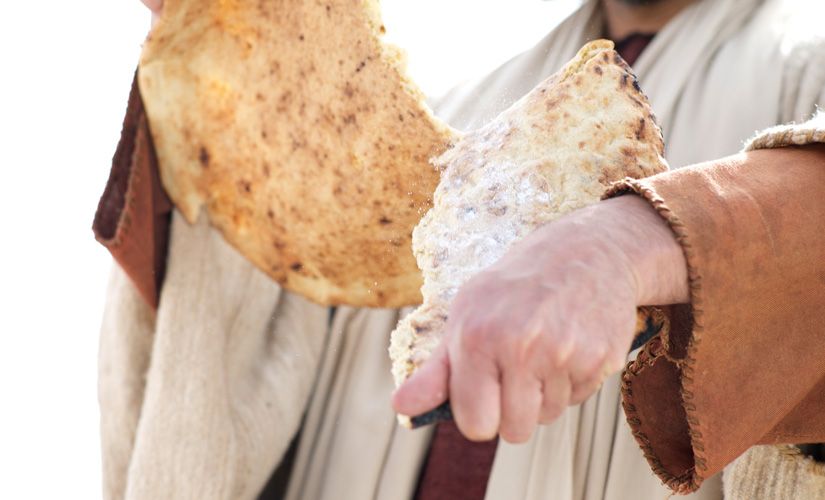 How to Read John 6 Through a Jewish Perspective Getting a fresh take on the Scriptures March 5th, 2018 Suzy Silk
Bible Engager’s Blog


Shortly after graduating from college, I had the opportunity to study and live in Israel. Although I had grown up studying the Bible, there was nothing like living in the land where Jesus and the patriarchs walked. During that time, I read the Scriptures with fresh eyes, seeing old, familiar stories in a new light. Stories that had become one-dimensional in my mind, because of the passing of time, suddenly became three-dimensional as I walked the land and began reading the Old Testament in Hebrew.

Have you ever found yourself skimming the Scriptures, secretly believing you’ve “got it” already, and then suddenly, you hear a sermon or read a commentary, and everything is fresh again? I have increasingly found this to be the case as I have continued to study the Scriptures from a Jewish cultural perspective, whether in Israel or at home in the States.

One time I began re-reading the book of John, especially the famous “I am” statements found in John 6 through 15. As I began to examine John’s record of these statements in light of Jewish holidays, culture, teaching, and Scripture, I stumbled across a more nuanced and profound understanding of what Jesus was teaching about himself, and this increased my faith and love for him.

A Fresh Take on John

The first step I needed to take as a reader was to get beyond my own cultural expectations and instead ask what John, as part of the first audience to hear Jesus, thought and heard Jesus teaching—from his own cultural perspective. Like many first-century Jewish men, he studied under a rabbi. But he came to believe that his Jewish rabbi, Jesus, was the promised Jewish Messiah and also the Son of God made flesh. Can you imagine? This was good news to share. John wrote to a primarily Greek-speaking Jewish audience, telling them he did so “in order that you may believe that Jesus is the Messiah, the Son of God, and that through your faith in him you may have life” (John 20:31). With this goal in mind, John uses the middle section of his book to focus on what Jesus claimed about himself (his “I am” statements) and how these claims connect to the prophecies and images associated with the promised Messiah.

The first of Jesus’s “I am” statements appears in John 6:35: “I am the bread of life. Those who come to me will never be hungry and those who believe in me will never be thirsty.” John begins this chapter by telling his readers (in verse 4) that the Passover Festival was near. This reference to an annual Jewish holiday is key to understanding both the miracle of Jesus recorded here—the feeding of the 5,000—and Jesus’s statement that he is the “bread of life.”

Passover is one of the holidays prescribed by God in Leviticus 23. It falls during the first month of the year (roughly March/April), coinciding with the first of the barley harvest, and it commemorates the Exodus from Egypt (see Exodus 12). The Jewish people were to celebrate this holiday by removing all yeast from their houses, baking special unleavened loaves of bread (often made from the barley harvest), killing an unblemished lamb, eating bitter herbs, and (for men and those who were able) traveling to Jerusalem for the seven days of the festival. During the Passover festivities, the people would remember how God rescued them from slavery and then led them through the wilderness (with the aid of Moses), feeding them each day with manna (flakes that they could turn into cakes) that fell from the sky (Exodus 16).

With this in mind, let’s re-read John 6. The scene opens with Jesus and his disciples sitting on a mountain near the Sea of Galilee. Large crowds have been following Jesus for hours (maybe days), so Jesus asks his disciples to go buy bread to feed the masses. The disciples respond by saying there is not enough money to feed everyone—and instead they bring Jesus one boy who has five barley loaves and two fish. Jesus takes the bread, blesses it, and then distributes it among the crowd—feeding over 5,000 people!

With John’s context about Passover in our minds, new details jump out: First, we see that Jesus is not multiplying yeast bread to feed the 5,000 but rather unleavened cakes made from barley (6:9). Jesus blesses and breaks these loaves, just as any Jewish man would do during the Passover meal. And like the manna in the wilderness, there is enough for everyone present to have their fill (6:11-12).

What prophet is this?

In response, the people say “Surely, this is the Prophet” (6:14). Which prophet are they speaking of? Two people, actually! First, they see in Jesus’s miracle a clear reference to Moses—the great prophet who led Israel out of Egypt on Passover and fed them in the wilderness with unleavened bread that came miraculously from heaven, and who promised a successor just like himself (Deuteronomy 18:15).

Second, they are thinking of Elisha—the successor of Elijah, who inherits his prophetic anointing. In 2 Kings 4:42-44 we read:

Another time, a man came from Baal Shalishah, bringing Elisha twenty loaves of bread made from the first barley harvested that year, and some freshly-cut heads of grain. Elisha told his servant to feed the group of prophets with this, but he answered, “Do you think this is enough for a hundred men?” Elisha replied, “Give it to them to eat, because the LORD says that they will eat and still have some left over.” So the servant set the food before them, and as the LORD had said, they all ate, and there was still some left over.

The connection is in the barley. Elisha multiplied the bread for the men also during this same month of the barley harvest—that is, at the time of Passover. Jesus is like both Moses and Elijah/Elisha—the greatest prophets in the Jewish mind!

I am the bread of life

After witnessing the miracle of the bread and seeing the connection to Moses and Elisha, the people begin to follow Jesus around, hoping for more signs and wonders. Jesus admonishes them and says, “I am the bread of life. Those who come to me will never be hungry and those who believe in me will never be thirsty” (6:35). With Passover, Moses, and Elisha in mind, we can see these words anew.

Jesus claims to be the yeast-less bread that comes from heaven. Yeast-less because he is without sin, and throughout the Scriptures and rabbinic teachings yeast was often connected to sin. Just as Jesus broke the bread to feed the people, so he will break his own body to feed all those who are hungry and come to him by faith. And like the manna that fell each day from heaven, so he will forever feed his people with his body, which gives eternal life to all who eat of it (6:48-51).

Jesus promises in this statement to sustain his people and lead them from slavery to sin to everlasting freedom! In this simple phrase, Jesus claims to be the better manna, the better Moses, and the better Elisha.

When I first read John 6 through a Jewish lens, the “Passover connection” deepened my understanding and love for Jesus. As I saw Jesus as a better Moses, I began to understand how my life is like a journey from slavery to freedom. As I walk through the desert, Jesus is more than able to sustain me as I unlearn all my slave-to-sin ways and enter into my new identity as a part of the people of God. He will go before me and lead me into freedom. As better manna, Jesus promises to meet my daily needs “with some left over” so I can trust him both with the smaller and larger worries of my life. And unlike the food I eat each day for physical sustenance, Jesus’s bread (his body) won’t run out, but will actually give me eternal, unending life.