Looking for Jesus How to find Christ in the Old Testament February 18th, 2019 Liz Wann 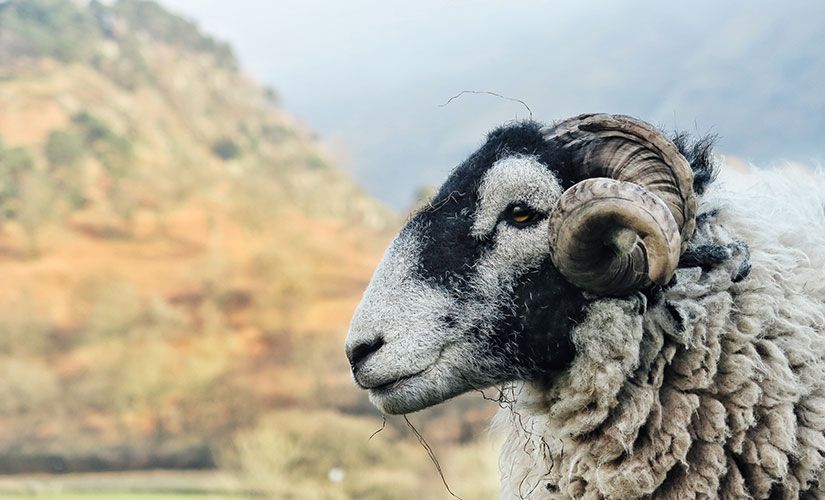 
When I was a kid, I looked for Waldo. That guy with the red hat, red-striped shirt, and hipster looking glasses. He was elusive, but I was Sherlock. I would scan the overcrowded picture from top to bottom, left to right, and look for anything that was red. Some pages in the Where’s Waldo? books were easy, but some were difficult. Yet every time I would come back after giving up, I’d find his eyes, with those large black glasses, staring back at me. Even when I couldn’t find him, he was always there and (creepy enough) he was always staring right at me.

The major story of the Old Testament is about God choosing and setting aside a people for himself (the Israelites) and continually preserving them. The story is told through a variety of literary genres, such as sweeping historical narratives, prophecies, poetry, and proverbs. In the New Testament, the focus narrows to historical accounts of Jesus’s life and the lives of his first followers, including their letters and reflections on who Jesus is and what that means.

Many people claim that the Old and New Testaments differ greatly in their depiction of God. They think of God as full of love and mercy in the New Testament, and full of wrath, anger, and punishment in the Old. But it’s not that clear cut. God is a God of wrath and mercy throughout the entire Bible, with the climax of his wrath and mercy being poured out at the cross. The common thread running through both sections of the Bible is God’s plan to save humanity from sin’s degradation. The stories, prophecies, and people in the Old Testament point us to a coming Savior who will cleanse us of our sins—Jesus, a better Adam, a better Moses, and a better David. If the New Testament is the part of the Bible where all of God’s promises are fulfilled in Jesus, then the Old Testament is getting us ready for his coming.

As the story of God’s people unfolds in the Old Testament, we find that all attempts to save the people of Israel are ultimately defeated: the judges couldn’t save them, the prophets and kings couldn’t either, and even the High Priest who made the offerings for sin once a year had to be cleansed of his own sins. And if the Old Testament is centered around God preserving his own people, then we see an even narrower preservation of the ancestry of Jesus going back to Abraham. God preserves the Israelites, because a Savior will come from them—and that Savior will usher in God’s world-wide blessing.

We can look back on the Old Testament stories and figures to catch glimpses of a coming Savior. We first get hints of this Savior in the Garden of Eden when God tells the serpent, “And I will put enmity between you and the woman, and between your offspring and hers; he will crush your head, and you will strike his heel” (Genesis 3:15). Eve’s offspring is Jesus. Right here at the beginning, God promises that a Savior will come to crush sin and Satan. Jump forward to when God promises many descendants to Abraham. He isn’t just referring to a physical heritage, but spiritual offspring through God’s own Son. Later, when God asks Abraham to sacrifice his one and only son Isaac, the son God promised him, God himself provides a ram to be killed in Isaac’s place. This exchange points to when God provided a greater sacrifice, this time not a ram, but God’s only Son. Jesus is the Promised One.

Almost five centuries after Abraham, God sends Moses to deliver his people from physical bondage to their Egyptian masters. Moses foreshadows Jesus, who will deliver spiritual captives out of bondage to their own sin. Though Moses never gets to enter the Promised Land, it is Joshua who takes the land and gives victory to God’s people. Jesus, the greater Joshua, gives us victory over our spiritual enemies and opens up an even better promised land for us: salvation and citizenship in heaven.

Once the land has been won for the Israelites, they still have before them the hard work of driving out their enemies. Over the years, they proved to be unsuccessful in this endeavor and too often made compromising peace with their enemies. The Philistines were some of those enemies. The Israelites never fully drove them out of the land, though they often went to war with them.

This is why one famous Bible story, David and Goliath, is so significant. When David defeats the giant, it’s not primarily a lesson in self-esteem, confidence, and courage. It’s meant to point to the coming Savior (he would come through the line of David himself) who will once and for all wipe away our greatest enemy: sin. The story of David and Goliath helps us to understand how Jesus defeats our spiritual foes, sin and death. David did what no one else in the Israelite camp could do (because of fear) and destroyed the fearsome representative of the Philistine army. Then, when he became king, David drove the Philistines out of the land. Like David, Jesus has done what no one else can do (because of imperfection) and has destroyed our worst spiritual enemy: eternal death as a result of our sin. Once David killed Goliath, he silenced Goliath’s taunts; the Philistine power was effectively obsolete. Jesus silenced the power of sin over his people—but he did it through his own death. Like David, Jesus gives us the victory—not with a slingshot, but through his own righteousness.

How the story ends

Look and see for yourself. The Old Testament is all about the Coming One. Every story of redemption, sacrifice, and victory sings his name. Even the Old Testament law, rituals, and sacrificial system were designed to point the Israelites to hope in a Messiah—the Lamb of God who would come to take away the sins of the world (see John 1:29). The blood of animals and priests could not save God’s people. Jesus, the perfect, sinless Son of God, came as the final sacrifice for sins. He came to fulfill the law by perfectly obeying it. And he came to bear the consequence for the lawbreakers.

The Old Testament prophets were always prophesying of a coming Savior. Many of them were scorned and persecuted by their own people, who didn’t enjoy hearing their messages from God. But the prophets could not help but continue to share their hope for the future. The prophet Isaiah said, "Therefore the Lord himself will give you a sign: The virgin will conceive and give birth to a son, and will call him Immanuel" (Isaiah 7:14).

Immanuel. God with us. When an angel announced that God would come to Earth in the person of Jesus Christ, it was a direct fulfillment of Isaiah’s prophesy (Matthew 1:23). Jesus would lay down his life for us, finally accomplishing what God had planned since the beginning. Unlike the Old Testament prophets, we get to see the climactic salvation of God in Jesus.  We just need to ask the Holy Spirit for the spiritual eyes to see Christ throughout Scripture. And every time we find him, it will bring us fresh joy.

Read more posts about: Understanding Scripture, Story of the Bible 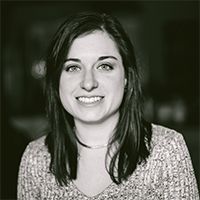 Liz Wann is a freelance writer who lives in Philadelphia with her husband, two sons, and a daughter. She is Editor in Chief at Morning by Morning and regularly contributes to Desiring God, Think Christian, Christ and Pop Culture, and the ERLC. You can find more of her writing at lizwann.com and follow her on Twitter @liz_wann.