Palm Sunday Intrigue The back story of what was really happening while the palms were waving April 6th, 2020 Gary Wiley 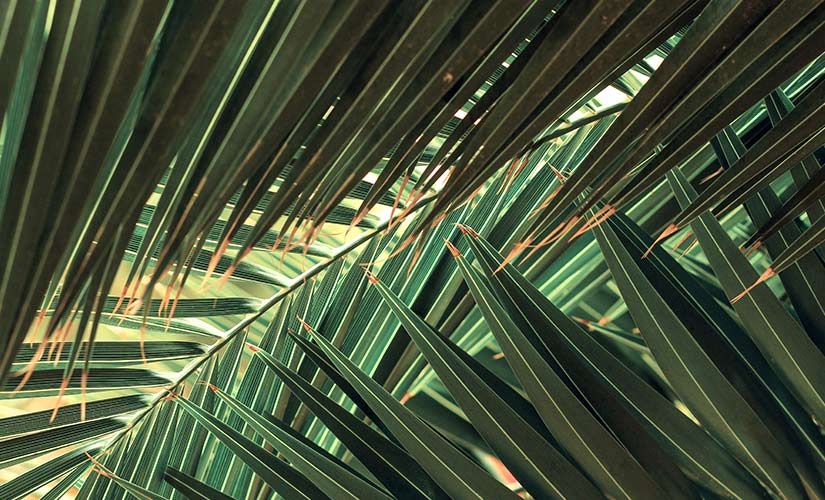 Palm Sunday Intrigue The back story of what was really happening while the palms were waving April 6th, 2020 Gary Wiley
Bible Engager’s Blog


Hosanna! Blessed is he who comes in the name of the Lord!

This past weekend we celebrated Palm Sunday. We looked on at the celebration from the outside, as we still cannot gather publicly for worship. Ironically, that may have been a fitting reality this time—seeing this from a distance.

Nearly 2000 years ago, the large crowd that came to the feast of the Passover heard that Jesus was also coming to Jerusalem. We can only imagine what Jerusalem was like from the safe space of two millennia later. Every Jewish male had to appear before the Lord for this celebration (Exodus 23:17). The city was jam-packed. And due to the growing popularity of a certain rabbi and his controversial teachings and claims, the religious leaders had raised the alert from elevated to high.

Of course, we refer to Jesus. Jesus was well-known in the city, but never more so than since he raised his friend Lazarus from the dead. And this was no ordinary resurrection story (as if there ever was one), for in this case Lazarus had been dead four days. Four days!

His sister Mary was quite concerned when Jesus requested that the stone guarding his tomb be removed. She said to Jesus, “Lord, by this time there will be an odor” (John 11:39 ESV). As a child I heard this warning from the King James Version which reads: “Lord, by this time he stinketh.” You get the point.

So Jesus raised Lazarus and the news is not well received by the religious council. John, the Gospel writer, gives us the inside scoop on the conversations and machinations taking place in the halls of power.

So the Pharisees and the chief priests met with the Council and said, “What shall we do? Look at all the miracles this man is performing! If we let him go on in this way, everyone will believe in him, and the Roman authorities will take action and destroy our Temple and our nation!”

One of them, named Caiaphas, who was High Priest that year, said, “What fools you are! Don't you realize that it is better for you to have one man die for the people, instead of having the whole nation destroyed?” Actually, he did not say this of his own accord; rather, as he was High Priest that year, he was prophesying that Jesus was going to die for the Jewish people, and not only for them, but also to bring together into one body all the scattered people of God.

From that day on the Jewish authorities made plans to kill Jesus (John 11:47-53 GNT).

John tells us that for a little while Jesus no longer walked openly among the people but went out to the wilderness. There was a price on his head, but not only his; the leaders made plans to kill Lazarus too. He was exhibit A for the growing popularity of Jesus and the threat to their plans to hold on to power. But then five days before the Passover, Jesus left Bethany where Lazarus lived, and rode on a young donkey into the city of Jerusalem. All of those who had been following him, who had also witnessed the resurrection of Lazarus, were there with palm branches and they cried out: “Hosanna! Blessed is he who comes in the name of the Lord, even the King of Israel!” (John 12:13 ESV).

For the Pharisees, this turn of events was worse than the miracle! The miracle related to Lazarus drew crowds, but now things were turning ugly. A large crowd of people were proclaiming Jesus the King of Israel. The Pharisees said to one another, “You see, we are not succeeding at all! Look, the whole world is following him!” (John 12:19 GNT).

Don’t Get Lost in the Intrigue!

There’s an interesting commentary that John makes about the words spoken by the high priest Caiaphas. It is possible you read right past it. If you look at it again, you suddenly realize that these machinations had their source in men who were fixated on power, not piety; on control, not charity; on preservation, not purity. Yet even in all this, God was accomplishing his purpose. Jesus was not a victim, but a willing participant in the great plan of salvation. Let’s take another look at what John writes:

Actually, he did not say this of his own accord; rather, as he was High Priest that year, he was prophesying that Jesus was going to die for the Jewish people, and not only for them, but also to bring together into one body all the scattered people of God.(John 11:51-52).

Palm Sunday is a time to celebrate who Jesus really is. He knew who he was; he always did. The people who gathered that day thought they understood, but their conviction was flawed at best. Most of those same people would shout, “Crucify him!” a few days later (see John 19:14-15).

From our distance we can judge the multitude, sneer at the religious leaders for their dastardly deed, and feel sorry for Jesus that his erstwhile followers jumped ship and didn’t continue to proclaim him their king. Crooked Caiaphas spoke truth when he said, “it is better for you that one man should die for the people, not that the whole nation should perish.” Jesus’s death would not be the sad end to the “miracle worker” and “revolutionary.” Jesus’s death was God’s plan to rescue us from the grips of the evil one and from our sin so that we could be his children.

How does seeing Palm Sunday through this lens help prepare you for what is coming in this week of Christ’s Passion? Spend some time now and especially on Good Friday thanking Jesus for giving his life willingly for us, so that we do not have to pay the price for our own sin. Even in this challenging time, when the uncertainty of life is ever more present, thank God that Jesus has conquered death for us!