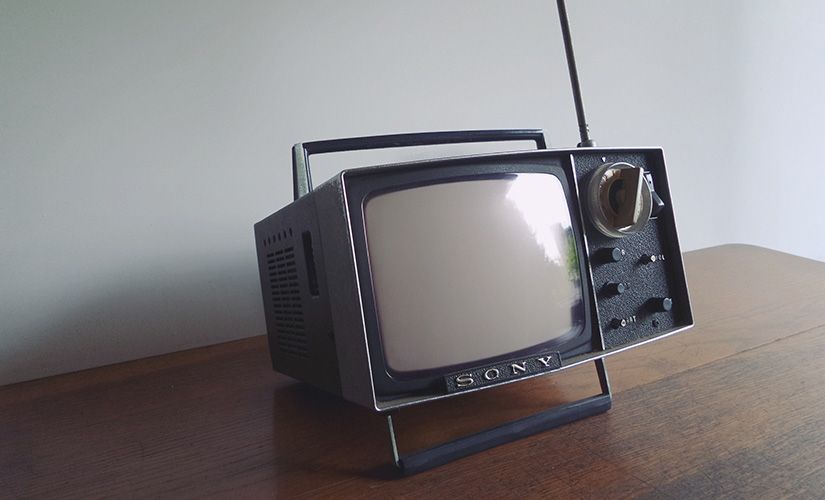 
We try valiantly to limit media consumption in our home, but as any parent knows, it’s incredibly difficult. And as any stay-at-home parent knows, it’s especially difficult when your kids are operating at maximum “twerpitude” and driving each other—and you—crazy. Sometimes, when we are in each other’s faces, the combined idiosyncrasies are just too much; I give in and tell them they can choose a movie to watch so I can have a few minutes of peace.

I mostly feel guilty about this: what implicit ideas are they absorbing when they fixate on a film and watch it every time they’re given the chance? Is Moana teaching them animism? Is Astro Boy cultivating in them an uncritical adulation of technology?

Maybe, but one thing is for sure: the way my kids naturally tend to watch those movies—finding one story they love and dwelling in it for days—is strong evidence for the power and propriety for humans of the liturgically ordered life. We have weekly Eucharist at my parish, with almost exactly the same prayers every time, for a reason. The communion table is a place where we are forming our identities in Christ, along with our brothers and sisters, not staring at a screen but kneeling at the altar.

And strangely enough, a kids’ movie helped me visualize how that works.

One of the movies my kids get caught up with is Meet the Robinsons. They watch it over and over for weeks at a time. By now, I’ve seen it a few times myself, and listened to it many more. During one of those eavesdropping moments, while the kids lounged with Netflix and I folded laundry, I thought about the movie’s general message of hopefulness—“Keep moving forward!” the Robinsons shout in unison—and I began to imagine how one of the many earnest youth pastors I encountered in my teens might use the storyline for a devotion at Youth Group Movie Night:

Which is fine, I guess, but—like all the youth pastors I conjure out of my imagination—he’s being kind of a doofus and largely missing the point.

In Meet the Robinsons, our 13-year-old hero, Lewis, resides in the orphanage where his mother left him as an infant. He’s repeatedly failed to connect with possible adoptive couples and has almost given up hope when suddenly he’s caught up in what seems to be another story entirely. Wilbur Robinson, a boy near his own age, shows up from the future, claiming he needs Lewis’s help, and whisks him forward in time. Lewis is disconcerted but ultimately delighted with the zany Robinson family, from the slightly demented grandpa to the maniacally cheerful grandma to Wilbur’s mother, Franny, who conducts a swinging big band comprised entirely of musical frogs.

The Robinsons cheerfully and unquestioningly embrace Lewis as one of their own, but when Franny suggests that they adopt Lewis, Wilbur is forced to reveal Lewis’s true identity. The family is instantly horrified; Franny sorrowfully tells Lewis he absolutely must return to his own time. Lewis, rejected once again, can’t understand their shock until Wilbur’s mysterious father, Cornelius, finally shows up, and Lewis at last realizes the truth: Cornelius is the adult Lewis, with a changed name and a successful inventing business—and a family. Wilbur is Lewis’s future son; Franny is his future wife. After some counsel (“Keep moving forward!”) from Cornelius and a “previews of coming attractions” tour around the inventing lab, Wilbur returns Lewis to his own time.

Like Lewis, when we look to the future rooted in the promise of resurrection, we can delight in the sure hope of a forever family provided by God the Father. We can take joy in anticipating a community freed from the bondage of sin and animated by divine love.

So our Imaginary Youth Pastor has almost picked up on the nature of Lewis’s anticipation, and, by analogy, ours. But not quite. What Lewis is looking forward to isn’t merely the general idea that “everything turns out all right” or that “love wins in the end.” What Lewis anticipates is his forever family, the family he’s already met, the family he’s now confident he’ll be reunited with somewhere along the course of his labors. He’s looking forward to a future with a specific group of individuals that he’s come to know and love.

And so are we. That’s the truth we miss if we only wave our Bibles and proclaim that it all turns out all right in the end. It does, but that generalization misses the glorious specificity of our anticipation. Our forever family isn’t a faceless crowd of anonymous witnesses; if we have eyes to see, we can look for them right here and now, feasting at the Lord’s table with us.

There’s a lot we can only guess at regarding the nature of our post-resurrection future, much of which Scripture describes only with dense and mysterious metaphors. But one clear implication of Jesus’s victory over death and his promised return and reign is a continuation and perfection of our relationships with each other. He isn’t redeeming us merely as a cloud of isolated particulars, but as the church, all of us together, God’s family.

That’s the real meat of the message at the film’s denouement: returned to his own time, Lewis looks around his school science fair and for the first time actually sees the people he’d previously been blowing off in his intensity of purpose—the weirdly menacing girl with the frogs; the cheerful, over-caffeinated science fair judge; her husband with his slightly demented sense of humor. His eyes are opened. Having seen his forever family in the future, he’s able to recognize them here, in the seeming chaos and uncertainty of the present.

The once and future feast

That’s the hilarious, discomfiting reality of what I’ve come to think of as Sunday morning time travel: every time we gather at the Lord’s table with our fellow Christians, we’re already feasting with our forever family. Gathering together with our fine good friends as well as the weird ones and annoying ones and the ones with Extremely Wrong political opinions, we’re getting a preview of coming attractions.

It’s easy to feel affection for the members of the church removed from us by distance or time; I can embrace cheerfully the idea that persecuted Iraqi Christians and C.S. Lewis and St. Augustine are co-heirs with me—I don’t have to put up with any of their flaws in person. The challenge is in embracing our immediate neighbors in their immediacy and sometimes annoying presence. But these neighbors are the people with whom we are called to cultivate the hope of the gospel on a regular basis.

Rather than just a vague anticipation, we have, like Lewis, looked ahead and seen this specific gathering of individuals with all their combined idiosyncrasies: the avuncular mansplainer, the lady who blew a shofar in the hotel lobby at seven in the morning on that one women’s retreat, the mom who doesn’t seem ever to discipline her kids, her twerpy kids themselves. We have already met our future family, with Christ as its head, assuring us in these holy mysteries that we are living members of his body.

So when we look around with eyes fresh from the communion table, we can be assured of something else: even if we don’t love these people now, or at least not as much as we think we ought to, we will love them, and they us. When we “keep moving forward,” we’re moving toward resurrection, toward Christ, and thus toward a future in which our failures, our relational wounds, our traumas, have all been overcome, and we are free indeed to embrace without fear the good, strange, funny family God has provided for us.

Read more on this theme in the Bible

Sherri K. Edman lives with her husband and six children in Philadelphia.