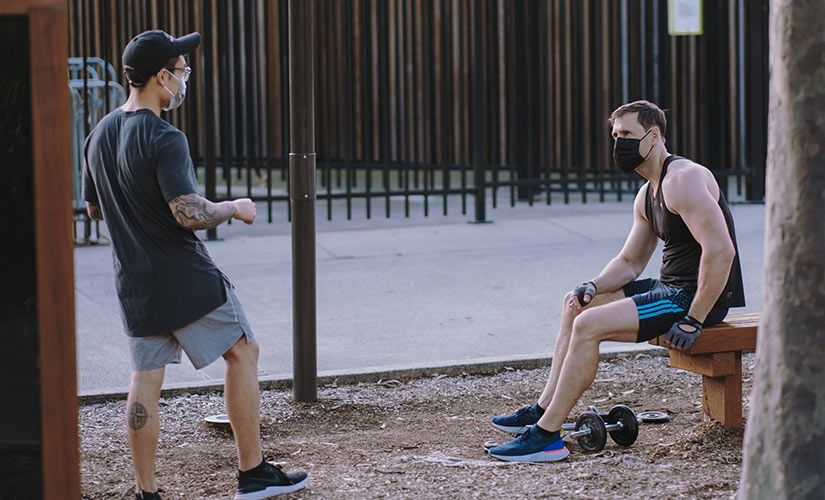 
When everything returns to 'normal'

Earlier this week I sat down with a group of parishioners to discuss the logistics of how to return to corporate worship once the lockdown restrictions are eased. There we sat with our masks on, with no intention to engage in physical contact, e.g. shaking hands at the beginning and end of the meeting.

No doubt you have begun to think about how vastly things will change in a post-COVID-19 world. Some experts have told us that we can never go back to life as we knew it before. I have seen the measures some restaurants are taking to help customers maintain social distance: strategically seating mannequins at certain tables, wearing pool noodles on one’s head, or using large tire innertubes as individual bumper tables to preserve the six-feet distance between diners.

What will it look like for you to return to work, school, church, and other social venues? I write not as an expert in epidemiology or medicine—far from it. Yet, I wonder what Scripture and the way of Jesus might teach us about leaving our homes and reengaging with the world around us?

God created us to be social beings. The first negative comment in the book of Genesis was that it was not good for Adam to not have a human companion, even though he was surrounded by all the animals you could imagine. From birth to death, studies have shown that humans need the presence of other humans: physical touch and conversation. Babies who receive cuddles and conversation along with food grow bigger and healthier than babies who are fed without social interaction.

My father passed away in January after several years of dealing with a terminal disease. One of his concerns was that he would eventually have to go to a nursing home and would be separated for long periods of time from those he loved. As he became more and more dependent, he was willing to transition out of his home, but in God’s mercy he never had to. I think often of many families who are agonizing over being separated from their loved ones in a nursing home, due to the lockdown. We are social beings, and no one wants to be isolated from those they love.

One of the most socially isolating conditions described in Scripture is the dreaded disease of leprosy. Whether or not it was leprosy, or Hansen’s disease as we know it today, the life of the person with this skin infection was turned upside down. Once the disease was confirmed, the book of Leviticus instructs: “If you have a dreaded skin disease, you must wear torn clothes, leave your hair uncombed, cover the lower part of your face, and call out, ‘Unclean, unclean!’ You remain unclean as long as you have the disease, and you must live outside the camp, away from others” (13:45-46 GNT).

There was no mercy, no grace, no exemption clause. From that point on you were persona non grata; a pariah, a social outcast, dead to your family and neighborhood. You were dependent on the scraps of food you could find.

Francis of Assisi and the Leper

We are very familiar with a follower of Jesus who died in the 13th century, Francis of Assisi. We generally refer to him as St. Francis and remember his love for God’s creation. But before his conversion, Francis was the son of a wealthy merchant, who dressed and spent lavishly. He tried his hand at warfare and many of the pleasures that the world offered. When he began to take following Jesus seriously, he had an encounter that would alter the course of his life. His biographer, Thomas of Celano, wrote of this life-changing event.

"Among all the awful miseries of this world, Francis had a natural horror of lepers and one day as he was riding his horse near Assisi, he met a leper on the road. He felt terrified and revolted, but not wanting to transgress God’s command and break the sacrament of His word, he dismounted from his horse and ran to kiss him.  As the leper stretched out his hand, expecting something, he received both money and a kiss. Francis immediately mounted his horse and although the field was wide open, without any obstructions, when he looked around, he could not see the leper anywhere."

Upon reflection, Francis believed it was Jesus whom he had just kissed. Humbled and transformed, Francis allowed nothing to be a barrier to serve his fellow man for the cause of Christ. He and his friars continued to minister to lepers near Assisi, giving them back their human dignity.

One day Jesus was walking along with his disciples when a leper approached him, knelt before him, and asked Jesus to make him clean. The disciples were ready to “social distance” when Jesus, moved with pity, reached out, touched the man and said, “Be clean!” (Mark 1:41). The series “The Chosen” captures this scene powerfully (see Mark 1:40-45). I invite you to click on the link and take a look. Who was this Jesus who even touched the lepers? You may say, “Well, but Jesus was God and immune from such diseases!” I’ll give you that, but Jesus instructed his disciples to “cleanse the leper,” (see Matthew 10:8) and the way of Jesus has deeply inspired those who follow him down through the history of the church.

In his book The Triumph of Christianity, sociologist and historian Rodney Stark proposes that one of the main reasons Christianity grew in the early centuries while Roman paganism declined was because of the mercy Christians showed toward people who suffered during two plagues that ravaged the Roman Empire.

"At the first onset of the disease, they [pagans] pushed the sufferers away and fled from their dearest, throwing them into the roads before they were dead and treated unburied corpses as dirt, hoping thereby to avert the spread and contagion of the fatal disease; but do what they might, they found it difficult to escape.”….

"As for action, Christians met the obligation to care for the sick rather than desert them, and thereby saved enormous numbers of lives!

"What went on during the epidemics was only an intensification of what went on every day among Christians… Indeed, the impact of Christian mercy was so evident that in the fourth century when the emperor Julian attempted to restore paganism, he exhorted the pagan priesthood to compete with the Christian charities."

How will you live in a post-COVID world?

Some people are saying that shaking hands is a thing of the past. Some are already advocating that the elderly should not return to life in public, including corporate worship of God. Some are saying that we will never be completely rid of this virus. Some plan to stay put until there is a vaccine. But what will you do in this post-COVID-19 world?

This is a query and a quandary for us as we move forward. How do we overcome the fear factor? How do we manage our tendency to judge those who either close in on themselves or seem to overextend and threaten the health of others by throwing all caution to the wind? How do we carry out our Christian call to love others and follow Jesus in an uncertain time, especially with conflicting signals from different sectors? Can we trust Jesus to guide us and sustain us as he has those who have gone before us?

Our call to love and serve has not been abrogated by this pandemic or the next. Take time to read Matthew 25:31-46. Love is the key to serving and to overcoming our fear. 1 John 4:18 says, “There is no fear in love; perfect love drives out all fear. So then, love has not been made perfect in anyone who is afraid, because fear has to do with punishment.”

With any endeavor we undertake for Christ we can be sure that “God gave us a spirit not of fear but of power and love and self-control” (2 Timothy 1:7). Reaching out in creative and safe ways to that person who has been forgotten, left out, or isolated by the present concerns and constraints will bring the touch of God that will nurture both body and soul. And as you do it to one of the least of these, you do it unto Christ. 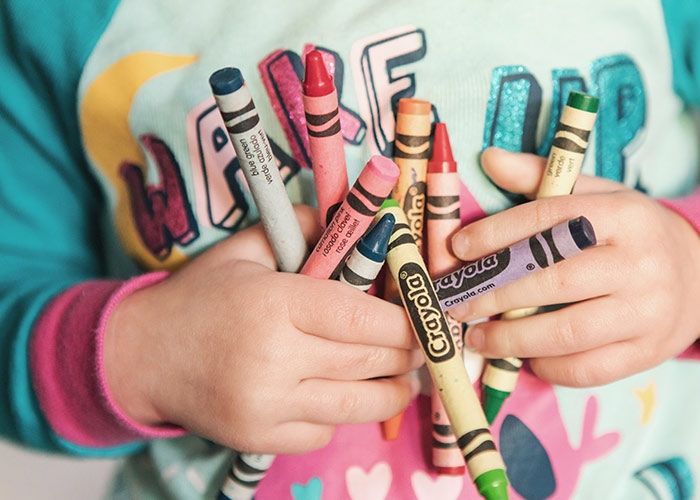 Crushed and Broken? God Is Still with You!

As a kid, one of my favorite things to do was to color. I was a perfectionist. I had to stay inside the lines at all times. Crayola was my favorite brand of crayon because they color the best. You couldn’t bring me cheap crayons because I wouldn’t use ...