The Powerful Art of Storytelling in the Bible A closer look at parables and stories March 26th, 2018 Ann-Margret Hovsepian 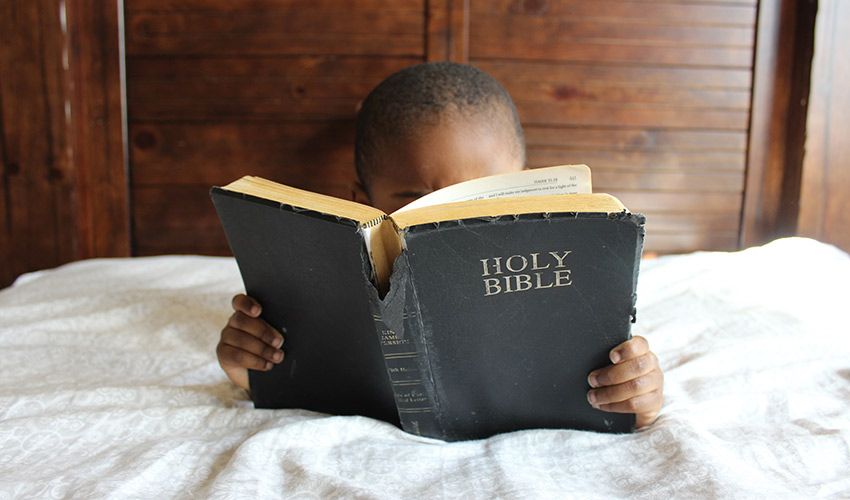 The Powerful Art of Storytelling in the Bible A closer look at parables and stories March 26th, 2018 Ann-Margret Hovsepian
Bible Engager’s Blog

A lion used to prowl about a field in which four oxen used to dwell. Many a time he tried to attack them; but whenever he came near they turned their tails to one another, so that whichever way he approached them he was met by the horns of one of them. At last, however, they fell a-quarrelling among themselves, and each went off to pasture alone in a separate corner of the field. Then the lion attacked them one by one and soon made an end of all four.

This is one of the many short but thought-provoking stories I read as a child.  It’s part of a collection of fables by the ancient Greek storyteller Aesop. My father had in his study a faded blue cloth-bound copy, which I now cherish. It is also the source of the oft-quoted, but rarely attributed, phrase: “United we stand, divided we fall.” The fable is only 90 words long, but it sure packs a punch!

Everybody loves a good story. From the brief to the epic, fictional or true-to-life, historical or modern, there is something compelling about a well-told tale, especially if we can identify a moral in the story that we can apply to our lives. We are drawn to fables, fairy tales, legends, and parables because we’re all searching for answers to life’s questions and dilemmas, but we generally don’t want those answers given to us in the form of a sermon or lecture. Like medicine going down more easily with a spoonful of sugar, life lessons seem more palatable when they’re in the form of a story.

The Bible is not only a historical account dating back to pre-creation, but it is also a treasure trove of stories and parables that still serve a purpose. Parables, we should note, are not the same as anecdotes—they are fictional examples and not true accounts. Unlike fables, which generally feature non-human characters, they are always about hypothetical but realistic human situations. When Jesus, a master storyteller, used parables to teach spiritual lessons, he usually began with phrases such as, “There was a man…,” “A certain ruler…,” or “The kingdom of heaven is like…”

Sometimes his point came across clearly. At other times, it seemed he wanted to provoke his disciples to ask questions and dig deeper. Jesus wasn’t the first person in the Bible to use parables. For example, when King David committed a series of grievous sins, God sent the prophet Nathan to him, and Nathan used a parable—a story about a rich man who stole and killed a poor man’s lamb—to bring the king to repentance (1 Samuel 12:1-14). About 120 words (in the Contemporary English Version) is all it took to get David to confess, because those words became a mirror in front of his face.

That is the power of a good story. Not only does it get the message across in a simple and relatable way, but it also makes the point stick because stories are easy to remember, especially if they stir up emotions.

In the business world, speakers and leaders are trained to start with anecdotes when addressing an audience. Bullet points and lists are great for organizing information but, on their own, they can lose the reader or listener. Dr. Nick Morgan, a communication theorist and coach, says: “If you give speeches more like Shakespeare and less like the phone book, you’ll be much more memorable.”

Despite the vastly different genres of stories that exist today, the most effective ones share three key elements: characters, conflict, and resolution. Whether it’s the account of Daniel in the lion’s den (Daniel 6), the 10th-century fairy tale about Little Red Riding Hood, or the latest episode of our favorite television show, we pay attention because we empathize with the characters and want to see them have a happy ending.

Keeping in mind the three basic elements of a good story (character, conflict and resolution) can help us extract key lessons when we read the Bible. As we read, we should identify who the main characters are, what circumstances they find themselves in (more specifically, God’s actions in their lives and how they respond), and what the outcomes are when those involved either obeyed or disobey the Lord. This type of reflection allows Scripture to penetrate our minds and hearts in such a way that we can recall it when we face similar situations.

For example, when tempted to sin, we can remember how David (in 2 Samuel 11) and Joseph (in Genesis 39) responded to enticing opportunities and what their respective consequences were, and then wisely choose our next steps. Or, when we feel like we are being crushed beneath overwhelming circumstances, we can tap into the same source of strength that enabled Job (in Job 1) to remain faithful to God even when everything precious to him was taken away.

The more we know and understand Scripture, the better we can tap into the power of story; for example, when sharing our testimony of faith or explaining Scripture to others. The gospel that brought us to a saving knowledge of Jesus Christ is entrusted to us to be passed on to those around us (see Psalm 96:2-4, Mark 16:15, Philemon 1:6, and 1 Peter 3:15-16). And, you don’t need to be a pastor, teacher, or author for your words to effect change in the people around you. Just become a lover of the greatest story ever told!

Read more posts about: Understanding Scripture, Story of the Bible 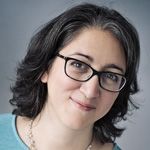 Ann-Margret, a best-selling author of devotional books and an illustrator of adult coloring books, lives in Montreal, Canada. She is passionate about sharing God’s love through writing, mentoring and women’s ministry.