Unveiling the Glorious Spectacle of the Gospel Recover your awe of the gospel August 27th, 2018 Lydia Sheldon 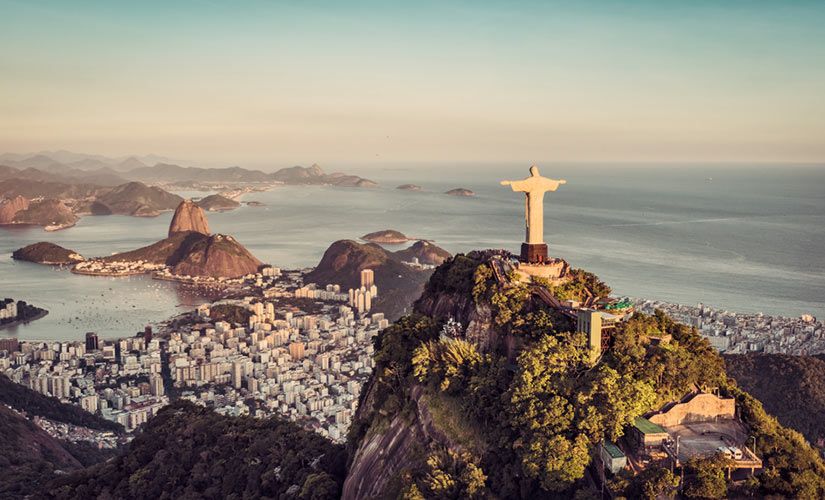 Unveiling the Glorious Spectacle of the Gospel Recover your awe of the gospel August 27th, 2018 Lydia Sheldon
Bible Engager’s Blog


Last May, the fashion world’s interpretation of the divine promenaded up the steps of the Metropolitan Museum of Art in New York. Bearded prophets and winged angels ornamented a singer’s gown. Celebrities balanced golden halos and sported embroidered crosses. Sarah Jessica Parker propped a Dolce & Gabbana nativity scene on her head. Lana del Rey draped a golden heart around her neck, punctured by daggers—an ambiguous martyrdom in gold. The theme of the event was “Heavenly Bodies: Fashion and the Catholic Imagination,” inaugurating the museum’s summer 2018 exhibit of church vestments. Perhaps the celebrities didn’t know much about the church behind the vestments, which might explain some of the more baffling outfits. Regardless, they—and we—seem to be fascinated by notions of another plane of existence. Maybe a spiritual one. Maybe the one the church doors open to.

Reflecting on the event in a column titled “Make Catholicism Weird Again,” Ross Douthat wrote that the glamour of the “spectacle” hinged on the “weirdness” of the church’s message. And that message is weird. Anyone who has spent much time with the Bible will recognize that the Met depictions of the sacred are far tamer than the original. A woman wearing wings is less strange than a seraph with a hot coal in his hand (see Isaiah 6:6). A rapper’s bejeweled jacket shimmers less than the sapphire-like floor that Moses saw on the mountain. In fact, that floor of God’s throne room was so stunning that Moses struggled to describe it: “There was under his feet as it were a pavement of sapphire stone, like the very heaven for clearness” (Exodus 24:10). The reality communicated in the Bible tests the limits of our imaginations.

Even so, we tend to reduce the Bible to the realm of the ordinary. When we’re in the habit of reading Scripture, of hearing it at church, of passing back and forth to our friends its phrases of comfort and encouragement, we can develop an immunity to it. We forget that what we glibly call “the gospel” is bizarre, even shocking.

The message of Scripture shatters what’s expected. At the Met Gala, the familiar images of angels, prophets, crosses, and martyrs pointed to something unlikely, even fantastic. But the Gala’s portrayal of “heavenly bodies” shows that the fantastic claims of Scripture resonate with non-believers and believers alike. After all, church vestments are an attempt to represent the unseen reality that the Bible calls glorious. In fact, the glory—the splendor, brightness and beauty—of God is one of the major themes of the Bible. No matter how much we might try to normalize it, the Bible invites us to a glorious, language-defying spectacle.

The Spectacle of Jesus

Like Moses, I’ve begun to ask God to let me see his glory. Since then, I’ve noticed that Scripture seems more surprising to me. Often, when I’m reading or listening to the Bible, I breathe out an inarticulate, “Wow.” I’ve discovered that God answers my prayer to see his glory with a strange paradox: at the same time I begin to see Jesus more clearly, Jesus becomes more surprising to me. There’s always more to him than I thought. I find myself asking, “Who is Jesus?”  Here are five ways I’ve been surprised to see Jesus in Scripture. You can adopt these methods for yourself.

Who is this Man?

In The Jesus Storybook Bible, Jesus naps on a boat, snoring gently. Meanwhile, waves tower above, and his friends huddle in the bow and cling to the mast. A ragged sail blows wildly. The disciples scream his name to wake him. He stands up and says, “Hush.” The water stills, so calm that the reflection of the little boat glimmers back up at them. The disciples blink, stutter over their whispered question: “Who is this?” Suddenly their companion is unfamiliar, while the sea itself seems to recognize him.

Try reading a children’s Bible as if you’re hearing these stories for the first time. Meet the character of Jesus, who welcomes Zacchaeus with a disarming smile and who takes off his robe to wash his friends’ feet. As you read, ask a child’s question: “Who is this man?”

I experienced a little shock when I read Dallas Willard’s description of Jesus as at least “the smartest person who ever lived” (The Divine Conspiracy). I’d never considered Jesus as having expertise beyond a mystical type of wisdom—a bit like Gandhi, but with divine backup. But Willard calls Jesus “the ultimate scientist, craftsman, and artist.” He wasn’t healing by metaphor or by magic; he knew each cell and tissue more intimately than any modern doctor—and he knew how to manipulate them from “sickness to health and from death to life.” Gravity, weather patterns, trees and bread—“He only needed a word” to control them. If I believed that Jesus is “not just nice, but brilliant,” I’d trust him more. I’d echo the question of the awed disciples: “Who is this?”

When you read about Jesus’s work in the Bible, don’t just brush it off as “miraculous.” Look for the earthy, three-dimensional realness of what’s happening. Think about God creating every quark and atom of our world and every cell and system of our bodies.

The Bible Project’s short animated videos also refresh the way I understand Jesus. In one video, Jesus hunches over his manacled hands, ready for death. He’s illustrated as a man on a stage, an overhead spotlight illuminating him, while a robe is thrown on his shoulders, a crown of thorns pressed on his head, his body lifted up on a cross—his royal enthronement. Jesus’s death was, in a way, his coronation. What kind of king celebrates his inauguration with a brutal beating and death?

Try watching one of the videos available on The Bible Project’s website. Their narration and imagery illuminate stories that you’ve forgotten to be shocked by.

The novelist Frederick Buechner describes Jesus as “The man of sorrows and acquainted with grief. The one with the cauliflower ear and the split lip. By whose swollen eye and ruptured spleen we are somehow healed” (Telling the Truth). Presented in those terms, Jesus’s beat-up body shocks me. The crucifixion, for a moment, stops being a concept or a distant event, and becomes vivid, personal, even indicting. Who can figure out a God with a black eye?

Buechner is continuing a tradition of consciously imagining the Bible’s stories. Look for the details the gospel writers are leaving out. When Jesus retreats to a quiet place, imagine his exhaustion, his dusty, cracked feet. Fill in the blanks.

Then of course, there’s the claim that after his body had been mangled beyond recognition and laid in a tomb, Jesus walked around, talked with friends, barbequed fish on the beach. It’s the strangest part of the story. It’s the only thing that makes sense of all the other paradoxical, unresolvable opposites of the Bible. I saw it painted on the wall of a centuries-old Italian church: Jesus’s friend Mary discovers him in the garden (see Noli Me Tengere). She’d seen him murdered by a mob. What is he doing here, by the azaleas? Mary falls to her knees, eyes wide. She reaches fiercely for his ankles until he tells her not to hold on so tight. How could he be standing there?

Look for artistic depictions of Jesus throughout the centuries. Reflect on how an artist’s representation picks up on details of his character and circumstances that you haven’t noticed. Art can surprise us with aspects of the story we’ve gotten used to. Mary is the first to witness the resurrection: life from death, a union of impossibilities. Stunned, she grasps at Jesus to make sure he’s real.

Jesus’s good news should stun us, too. It is preposterous. The gospel presumes as truth what the Met Gala was only playing at: that there is an unseen reality behind the surface of things—that there is a holy God in heaven. The apostle Paul says that we will one day have heavenly bodies (2 Corinthians 5:1-3). That’s far more spectacular and strange than glittering costumes. Stop. Ask the question: What does that mean? Even now, Paul says, Jesus’s followers are becoming more and more like him, “from one degree of glory to another” (2 Corinthians 3:18). Glory? Us? In the hours leading up to his death, Jesus prayed that his followers would see his own glory—the glory he had before the world was made. How can we see that? That spectacle of glory defies art, language, nature itself. Come to the Bible open to surprise and wonder. Ask God for eyes to see his glory. He will surprise you. 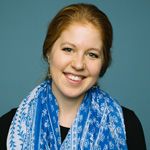 Lydia Sheldon served as a Scripture Engagement Writer at American Bible Society. She is a graduate of Gordon College (B.A.) and University of Pennsylvania (M.S.Ed.). Lydia has lived and worked in New Jersey, Massachusetts, Thailand, and Philadelphia. She loves the Adirondacks, George Eliot, and falafel.