What Paul Never Prayed For Encountering a hurting Veteran led to fresh questions to ask of the Bible. November 18th, 2019 Jennifer Duncan 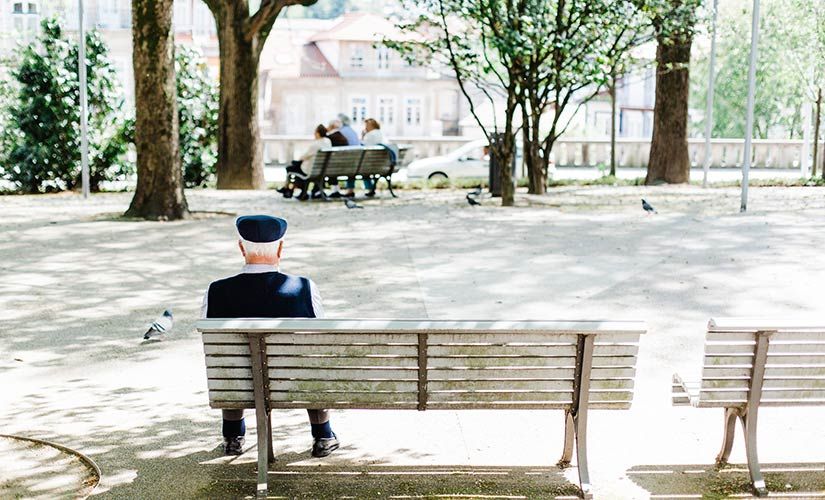 
Last week was Veterans Day and I couldn’t help but remember that day by honoring a late neighbor and reflecting on how our lives intersected at a critical time in his life. The encounter also helped me to find a theme in Scripture that I had not noticed before.

I moved into a new home a few years ago and quickly got to know my neighbors. John was 92 when I met him and a proud Army Veteran. He served during World War II and was honorably discharged in 1946. He received the rank of sergeant and had earned many honors and medals during his service, including the Silver Star, two Bronze Stars, and the Presidential Unit Citation.

A week after I moved in, I came home from work early. John was outside and asked if I was OK. I told him I wasn’t feeling well. Five minutes later he came to my door with some cough drops. It was a kind gesture even though the cough drops had expired five years earlier.

Over time, I would make him cookies and shovel the snow in his driveway. One day he started to tell me about his life. I learned that he was carrying a lot of family grief and trauma, as well as painful memories from the war.

A loss for words

After getting to know John, I reached out to my friend Annie, who works with American Bible Society's Armed Services Ministry to ask if there was any way we could help him. Annie gave me some helpful pamphlets with biblical wisdom on grief and tragedy (see below), and she also gave me a Bible. This Bible was prepared specifically for U.S. Veterans, and the print was large enough that John could read it.

John carried the weight of so many painful memories, but he had so much strength as well. At times I felt at a loss for words in speaking to and praying for him. However, a lack of words may have been exactly what John needed. My training in our trauma healing curriculum has taught me that one way people get pain out of their hearts is by talking about it. Sometimes people need a safe person to listen to them more than they need a sermon or advice. And I became such a person for John; our conversations seemed to help him find perspective.

To find words to pray for John, I began searching Scripture to analyze the prayers that the apostle Paul prayed for the members of the churches he helped establish. I also started reading Tim Keller’s book, Prayer: Experiencing Awe and Intimacy with God. I looked for patterns and themes that recurred in Paul’s prayers and also asked the question: what didn’t he pray for the churches?

The churches Paul planted immediately became countercultural, and each young church he writes to was going through difficult times. Ephesus was surrounded by witchcraft; Philippi faced daily persecution; Galatia was full of false teachers who were enforcing a legalistic doctrine; and the church in Corinth was dealing with members who were steeped in sexual immorality.

Perhaps Paul could see the spiritual benefits of challenging times and the supernatural growth that can be birthed from them. Perhaps he wanted his friends to grow in their faith. Perhaps he wanted them to experience God’s peace instead of living so comfortably that they felt no need to cry out to God for his provision, his safety, his loving embrace.

The members in the church of Philippi were afraid for their lives. Persecution was prevalent there, and Paul writes them a letter while he himself is imprisoned for the gospel. Paul’s answer is so simple yet unexpected. Press into God, he writes, until God’s supernatural peace is greater than your concerns (Philippians 2:6-7).

So what pattern or theme does comes up in these prayers? What is Paul’s request to God for these churches? The repeated request is that they would more deeply know God. Tim Keller says this about Paul: “He does not see prayer as merely a way to get things from God but as a way to get more of God himself. Prayer is a striving to take hold of God” (p. 21).

One extreme summer day my neighbor decided to mow his lawn. Between the heat and his age, John suffered a heat stroke. He was able to yell for me from the backyard. I ran out, called his family, got him some water, and brought him inside out of the heat.

John’s health declined after that summer. I knew that I had limited time to share the gospel with him before he passed away. I was able to give him the Veteran’s edition Bible that Christmas. I included in his Bible a note with a list of Scripture verses he could read and where to find them. His niece later found the note in his office when she was cleaning out his house and returned it to me. He had been turning to God’s book for wisdom and comfort.

Before he passed away, I had the opportunity to pray with John in the hospital. I think my encounter with Scripture was of some benefit to him, and my need to dig deeper to pray for him has deepened my own faith. I can now see in our own challenging times the opportunities to press into God, and I am beginning to embrace the privilege of experiencing the goodness and peace of God that is “beyond human understanding.”

Resources for those who have served in the military: 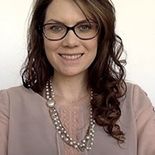 Jennifer Duncan is a Reporting Analyst in Global Ministry at the American Bible Society. She is a certified Trauma Healing facilitator through the Trauma Healing Institute. She leads healing groups at her local church, Bridge Community Church in Lansdale PA, and at Bucks County Prison in Doylestown, PA.