When the Armies of Heaven Sang for Joy How angels can teach us to rejoice on Christmas December 24th, 2018 Suzy Silk 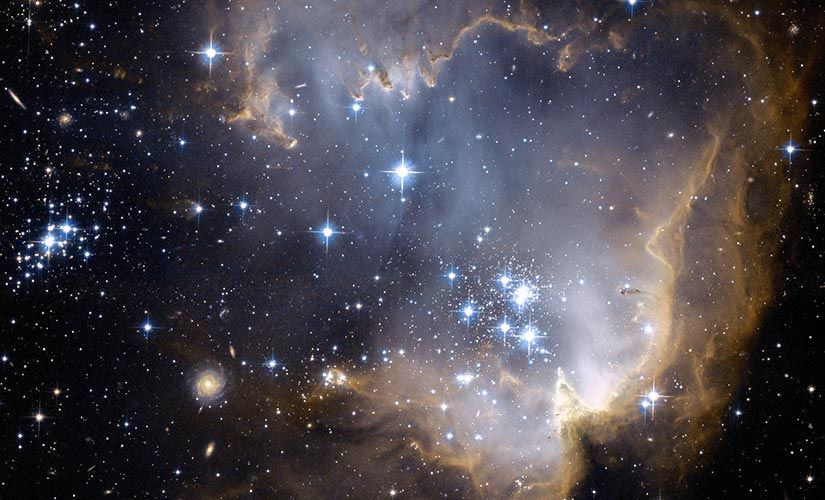 When the Armies of Heaven Sang for Joy How angels can teach us to rejoice on Christmas December 24th, 2018 Suzy Silk
Bible Engager’s Blog


This two-part series explores the mystery and wonder of the Christmas story from the perspective of angels.

This Christmas, as we gather with family, sing Christmas songs, and open presents under our trees, we might find an angel ornament hanging from a branch or perched at the top of our tree overlooking the festivities. Those angel ornaments remind us not only of the angel Gabriel (Part 1) , who first announced the arrival of the Messiah, but also of the host of angels that visited the shepherds on the night of Jesus’s birth.

The “cherub-cheeked” angels that hang on our trees look friendly, sweet, and human-like. But the Bible gives a different description of angels, reminding us how powerful and awe-inspiring our God truly is, despite his vulnerable appearance in our nativity scenes.

In the Bible, every person who encounters an angel is completely frightened by their appearance—some even faint! (I can’t imagine ever being frightened of the angels hanging on my tree!) This is why every angel must begin by saying, “Do not be afraid!” Some angels are described as having multiple wings covering different parts of their bodies, some as having four-sided heads, some as having glowing bodies of fire, others as having animal-like bodies, and others as resembling a “son of man” and yet still being shocking in appearance. (See Genesis 19; Isaiah 6; Ezekiel 1, 10; Revelation 4, 5, 7)

The truth about angels

Angels are often depicted as warriors. They carry swords, engage in battle in the heavenly realms, and are often sent by God to defeat Israel’s enemies on the battlefield (Numbers 22:23; Revelation 12:7; 2 Chronicles 32). Angels also move God’s war chariot (Ezekiel 1).

God commands not a small army but a vast myriad of angels (Daniel 7:10). One of the most common names for God in the prophetic books is Adonai Tzva’ot (Lord of hosts or Lord of angel armies). Jesus says that the Father can easily send twelve legions of angels to his aid! (Matthew 26:53). There are even archangels who lead other angels and oversee regions of the world (see Daniel 10). These are fierce-looking and fierce-acting creatures!

Though they are created beings, angels are holy (2 Peter 2:4). Having never sinned, they worship before God’s throne day and night, and they can see God in all of his glory and holiness. They rejoiced when God laid the foundations of the earth (Job 38:4-7) and they witnessed God’s redemptive work through the patriarchs and prophets (1 Peter 1:11-12), which is why angels are often called “watchers” in ancient Jewish texts. Angels have had the privilege of witnessing God’s work and delivering God’s messages for thousands of years. Finally, God sets into motion his great plan of rescuing humans from sin and death by his incarnation, when the eternal God inhabits a finite human body. The angels couldn’t wait to see what he was about to do! (1 Peter 1:12)

We are sometimes tempted to treat the Christmas story like a picture book for toddlers, filled with clean animals, sweet angels, and soft starlit lighting. But though Christmas is good news for children, it’s not a sentimental greeting card. No, the Christmas story is about all of human and heavenly history being joined in a climactic moment! On a quiet night in Bethlehem, heaven comes to earth, the miraculous meets the mundane, and the holy breaks into the hopelessness of our fallen world.

When I remember how fierce and holy these angels are who greeted the shepherds, I have to pause and consider the story anew. The God who commands legions of angels could easily have come to humanity in all of his power, demanding instant allegiance. When God descended on Mount Sinai and showed just a glimpse of his glory, the earth quaked and the people drew back in fear. Why not show all of himself on that Christmas night in Bethlehem?

But on that night, God does not ride in on a chariot at the head of thousands of angelic troops with the earth quaking at his coming. No, he enters our world humbly, in secret, through the birth canal of a teenage virgin. On that night, the Lord of hosts does not send his angels ahead to slaughter the wicked. Instead he sends them to be heralds of good news, proclaiming peace on earth through songs of joy.

The God who commands angel armies becomes a child who will be given the names El Gibor, “God of Might,” and Sar Shalom, “Commander/Prince of Peace” (Isaiah 9:6).

Why the angels sang

And this peace is good news for all. Through Jesus we have the opportunity to stop being enemies of God and become his beloved children (Colossians 1:22-23, 1 John 3:1-3). The Lord of angel armies invites us into a new covenant: instead of fire and fear, we can come into his presence with joy. We can be made holy (like the angels) so we can look at his beautiful and fearsome face, and live.

As the writer of Hebrews explains: “You have not come to a mountain that can be touched and that is burning with fire; to darkness, gloom and storm … But you have come to Mount Zion, to the city of the living God, the heavenly Jerusalem. You have come to thousands upon thousands of angels in joyful assembly, to the church of the firstborn, whose names are written in heaven” (Hebrews 12:18, 22-23a).

This Christmas, join me in pondering the startling story of the incarnation. Let’s not begin the story here on earth, but up in the heavenly courts where God, seated on his throne surrounded by legions of angels all worshipping and obeying his commands, first initiated his plan to redeem all things.

He rises from his chariot-throne, discards all vestiges of his power and glory, and descends to be wrapped in swaddling clothes and to be placed by his mother’s humble hands in a food trough. The fearsome God becomes feeble, the Lion of Judah becomes a Lamb for slaughter. As we experience the wonder of the all-powerful, almighty God of the universe becoming flesh to redeem us, let’s join the angels by bursting into song.

This famous Christmas hymn was written in the 4th century AD, from the Litany of St. James. Consider listening to a recording of this hymn and singing along.

Let all mortal flesh keep silence,
And with fear and trembling stand;
Ponder nothing earthly minded,
For with blessing in His hand,
Christ our God to earth descendeth,
Our full homage to demand.

King of kings, yet born of Mary,
As of old on earth He stood,
Lord of lords, in human vesture,
In the body and the blood;
He will give to all the faithful
His own self for heavenly food.

Rank on rank the host of Heaven
Spreads its vanguard on the way,
As the Light of light descendeth
From the realms of endless day,
That the powers of hell may vanish
As the darkness clears away.

At His feet the six wingèd seraph,
Cherubim with sleepless eye,
Veil their faces to the presence,
As with ceaseless voice they cry:
Alleluia, Alleluia
Alleluia, Lord Most High!

Read more posts about: Understanding Scripture, Story of the Bible, Christmas and Angels