Why Did Jesus Want to Eat That Last Supper? Understanding the Passover feast of Jesus April 15th, 2019 Suzy Silk 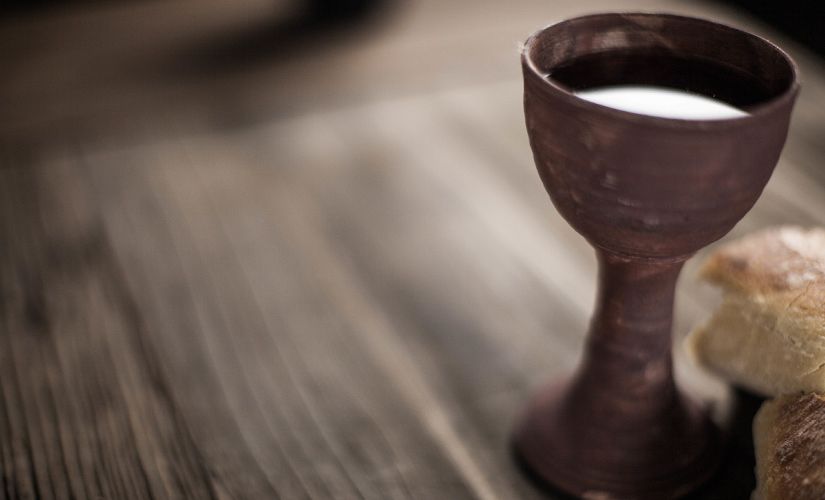 
Almost every Sunday, churches across America remember Jesus’s “Last Supper” as they take communion together. Eating bread or wafers and drinking grape juice or wine, they recount Jesus’s words: “Take, eat; this is My body which is broken for you; do this in remembrance of Me. … This cup is the new covenant in My blood. This do, as often as you drink it, in remembrance of Me” (1 Corinthians 11:24-25).

But would it surprise you to learn that this wasn’t an ordinary dinner Jesus was having with his disciples, and this wasn’t normal bread he broke? When I first learned that Jesus’s last meal took place during a Passover dinner, and that the bread he broke was unleavened bread (matzah), I was surprised and thrilled. Jesus’s words and actions on that night suddenly became so much clearer to me.

Passover was the first holiday ever given by God to the Jewish people. Several times, the Lord gave the Israelites specific instructions on how to commemorate their miraculous exodus from Egypt—by recounting the Exodus and Passover story over a shared meal of unleavened bread, wine, bitter herbs, and roasted lamb on the 14th day of the month of Aviv. This was to be a lasting ordinance for all future generations (see Exodus 12:1-18; Deuteronomy 16:1-8).

As a righteous Jewish man, Jesus grew up celebrating Passover every year in Jerusalem (Luke 2:41); and so, as to be expected, in the days leading up to his arrest, Jesus again obediently celebrated the Passover meal with his disciples on the 14th day of Aviv (see Matthew 26:17-19; John 13:1). During that evening, Jesus used the various items on the Passover table as prophetic signs of what he was about to do in the following 24 hours, explaining his mission and purpose to his disciples.

The questions I asked when I first learned all of this were: Why this bread? Why that particular cup? Why during that particular ceremonial moment, when he dipped his bread into the bitter herbs? And although there are many other ways in which the Passover meal helps us understand Jesus’s many words that night, let’s begin with the four required items on the Passover table: unleavened bread, bitter herbs, wine, and a roasted lamb.

During Passover, God commanded the Israelites to eat only unleavened bread (i.e., bread without yeast) for seven days. The point was to have an annual reminder of how they left Egypt in a hurry. For this reason, later generations nicknamed matzah both “the bread of affliction,” as a reminder of their slavery, and “the bread of freedom,” as a reminder of their freedom after leaving Egypt in haste (see Deuteronomy 16:3). This bread was also sacred/holy bread, since yeast was often seen as a symbol of sin in the Old Testament and was therefore not in the bread regularly offered in the Temple. Because matzah has no yeast, it also doesn’t rise, and so must be pierced all over to prevent it from burning–though striped burn marks are often inevitable.

This pierced, striped, and holy bread was a perfect symbol for what would be done to Jesus. The prophet Isaiah foretells that the Messiah, though righteous and blameless (i.e., without sin), would be “pierced for our transgressions” and that “by his stripes we are healed” (Isaiah 53:5). Jesus held up the pierced, striped, yeast-less bread on the Passover table—which symbolized affliction and freedom at the same time—and compared it to his body. Then, he broke it and divided it among his disciples. Soon, Jesus would be pierced, striped, and “broken.” He would give himself up to affliction, explaining to his disciples that his body was to be “given for [them]” (Luke 22:19)—in other words, for their freedom.

God required the Jewish people to eat bitter herbs during their Passover meal (Numbers 9:11). The reminder of their bitter slavery in Egypt would cause them to rejoice even more in their freedom. During this part of the meal, Jesus told his disciples that one of them would betray him. Then, he handed the matzah dipped in bitter herbs to Judas (John 13:26).

Jesus understood that to purchase our freedom from slavery to sin he would have to endure the bitterness of being wrongfully arrested, mocked and spat upon, beaten, and then hung to die on a cross. Jesus bore the afflictions and the punishment of sin we rightfully deserved, securing our forgiveness and freedom. In handing the bitter herbs to Judas and then releasing him from the meal, Jesus expressed his sadness and yet his complete willingness to experience pain and sorrow on our behalf.

In three of the gospel accounts, the authors tell us that after breaking the bread, Jesus picked up a cup of wine and proclaimed this cup to be the new covenant in his blood. Luke and Paul further add that this is the cup after supper. Why do all four authors highlight the fact that it’s the cup after the bread? Here Jewish tradition can be quite helpful.

In Mishnah Pesachim, the oral teachings of various rabbis – including Rabbi Gamaliel (teacher of the apostle Paul) and Rabbi Hillel and Rabbi Shammai (contemporaries of Jesus) – are recorded in writing. In Pesachim 10:1, Jewish people are instructed to drink four glasses of wine during the Passover in order to remember the four promises God made to the Jewish people while they were still slaves:

Two cups, representing the first two promises, “I will bring you out” and “I will free you,” were intended to be drunk before dinner. The third cup, representing the promise “I will redeem you,” was to be drunk after dinner (after eating the Passover lamb) when consuming the broken matzah (specifically the piece of matzah that had been wrapped in a napkin and hidden away during the dinner). This cup after supper (named “the cup of redemption”) symbolized the blood of the lamb that was placed on the door frames of the Israelites’ houses while they were still enslaved in Egypt, and which signaled the angel of death to pass over their homes.

When we consider the Jewish practices related to the four cups of wine that were being taught and celebrated at the time of Jesus, Luke's and Paul’s reference that Jesus held up the “cup after supper” begins to make more sense. When Jesus held up the cup after supper and said that from now on it would symbolize the new covenant in his blood, he was foretelling his role as the new, second, and better “lamb of God who [would take] away the sins of the world” (John 1:29). Just as the first lamb’s blood would serve as a price to redeem the people of Israel from slavery and enable them to enter into a covenant with God at Mount Sinai, so too Jesus’s blood would be the payment to redeem his disciples (both then and now) from slavery to sin and enable them to enter a new covenant with God (see Jeremiah 31:31).

As we learned from the cup after supper, Jesus was telling his disciples that he would be the Passover lamb slaughtered for their redemption and freedom. And although Jesus and his disciples ate the required roasted lamb that night, only 40 years after Jesus’s death and resurrection the Jewish people stopped eating lamb on Passover. When the Temple in Jerusalem was destroyed by the Romans in 70 AD all forms of animal sacrifice ceased, including killing the Passover lambs. As a result, no lamb is eaten at Passover anymore. Instead, a roasted lamb bone sits on the Passover table of Jewish families.

As followers of Jesus, this lack of a Passover lamb reminds us each year that our need for a Passover lamb has ceased. Jesus is now our forever “lamb of God” who has forever freed us from slavery to sin and brought us into a new and eternal covenant with God. Each time we eat of the communion bread and drink of the cup, let’s once again rejoice in the profound work Jesus has done on our behalf.