How Much Bible is in the Film Noah? Watch the movie and read the Book! March 28th, 2014 Lisa Goetz 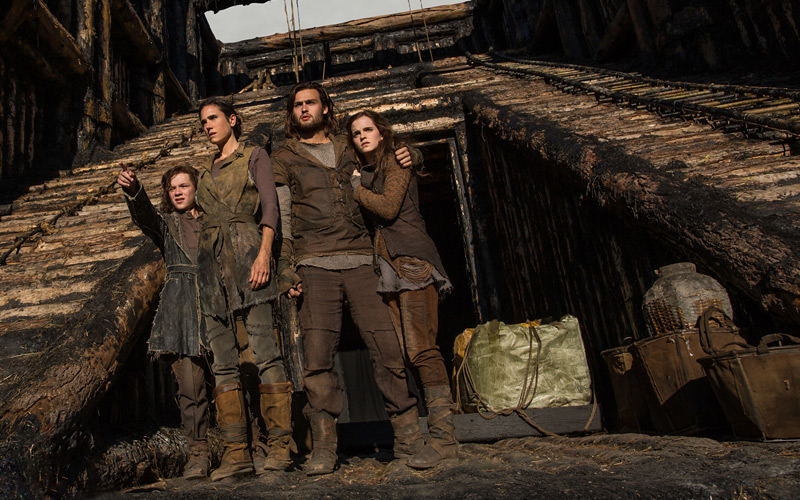 How Much Bible is in the Film Noah? Watch the movie and read the Book! March 28th, 2014 Lisa Goetz
Bible Blog

It’s a valid question. But maybe, just maybe, we could ask a better question: How can we interact with the story of Noah—as it’s presented on the big screen AND in the Bible?

According to pre-release buzz, the film, set to debut in the U.S. on March 28, likely will include considerable artistic liberty and introduce story lines not specifically found in the pages of Scripture.

The movie’s official website notes, “The film is inspired by the story of Noah. While artistic license has been taken, we believe that this film is true to the essence, values and integrity of a story that is a cornerstone of faith for millions of people worldwide.”

But no matter what direction the movie takes, it gives us the chance to talk about the Bible and promote interaction with God’s Word among our friends and families. And that’s the most important conversation.

Here are three ways you can use Noah as an opportunity to engage with the Bible:

When popular culture and the Bible intersect, Scripture comes to the forefront of our conversations. And that is a dialog we can truly celebrate.

To connect more deeply with the story of Noah, take this 7-day online Bible devotional: Text NoahFilm to 72717 or sign up for the 7-day Noah devotional online.

To have more conversations like this, check out ProjectShift.com.

“Noah had no faults and was the only good man of his time. He lived in fellowship with God, but everyone else was evil in God's sight, and violence had spread everywhere.” Genesis 6:9

Lisa Goetz is an associate editor at American Bible Society. She has nearly 20 years of experience in marketing communications, serving a variety of industries and professional associations, including faith-based nonprofit organizations. She holds a Ph.D. in English literature from Duquesne University in Pittsburgh, PA.