One “To-Do” You Might Have Forgotten this Christmas Read the Christmas story and remember the reason for the season December 25th, 2014 Jennica Stevens 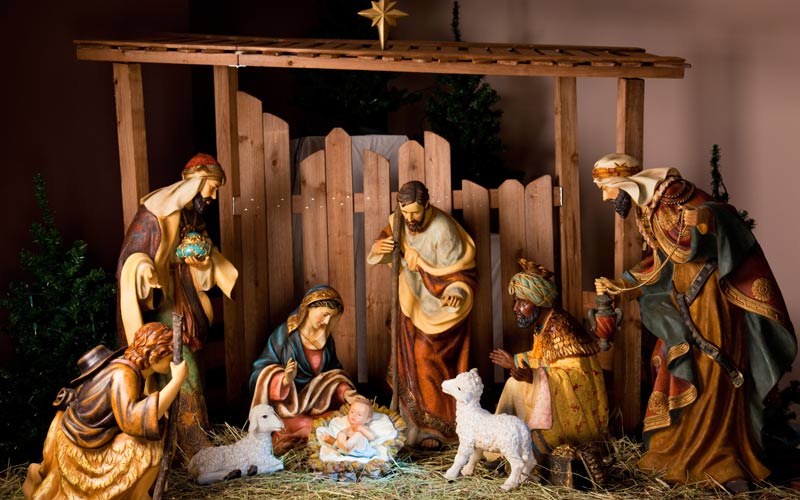 One “To-Do” You Might Have Forgotten this Christmas Read the Christmas story and remember the reason for the season December 25th, 2014 Jennica Stevens
Bible Blog


As I write this blog on December 22, I have checked a lot of things off my Christmas “to-do” list.

But I have a confession. There’s one thing I still haven’t done: Read the Christmas story.

And that, in the wise words of Charlie Brown, is what Christmas is all about. So this Christmas day, take a moment with me to remember that Jesus came as a child, slept in a stable, looked up into the dark night in the small town called Bethlehem. And he did it to be with us—eternally. Reflect on (and rejoice in!) this as you read Luke’s account of the event below. Jesus has come. Hallelujah!

At that time Emperor Augustus ordered a census to be taken throughout the Roman Empire. When this first census took place, Quirinius was the governor of Syria. Everyone, then, went to register himself, each to his own hometown.

Joseph went from the town of Nazareth in Galilee to the town of Bethlehem in Judea, the birthplace of King David. Joseph went there because he was a descendant of David. He went to register with Mary, who was promised in marriage to him. She was pregnant, and while they were in Bethlehem, the time came for her to have her baby. She gave birth to her first son, wrapped him in cloths and laid him in a manger—there was no room for them to stay in the inn.

There were some shepherds in that part of the country who were spending the night in the fields, taking care of their flocks. An angel of the Lord appeared to them, and the glory of the Lord shone over them. They were terribly afraid, but the angel said to them, “Don't be afraid! I am here with good news for you, which will bring great joy to all the people. This very day in David's town your Savior was born—Christ the Lord! And this is what will prove it to you: you will find a baby wrapped in cloths and lying in a manger.”

Suddenly a great army of heaven's angels appeared with the angel, singing praises to God:

“Glory to God in the highest heaven,

and peace on earth to those with whom he is pleased!”

When the angels went away from them back into heaven, the shepherds said to one another, “Let's go to Bethlehem and see this thing that has happened, which the Lord has told us.”So they hurried off and found Mary and Joseph and saw the baby lying in the manger. When the shepherds saw him, they told them what the angel had said about the child. All who heard it were amazed at what the shepherds said. Mary remembered all these things and thought deeply about them.The shepherds went back, singing praises to God for all they had heard and seen; it had been just as the angel had told them.

Jennica Stevens is a Content Manager at American Bible Society. She hails from the cornfields of northern Indiana, where she grew up with her nose in a book. Jennica has a degree in Biblical Literature and Public Relations from Taylor University in Upland, Ind.