What Role Do Angels Play in the Bible? These celestial beings communicate God’s presence among his people September 26th, 2014 Maria Wolf 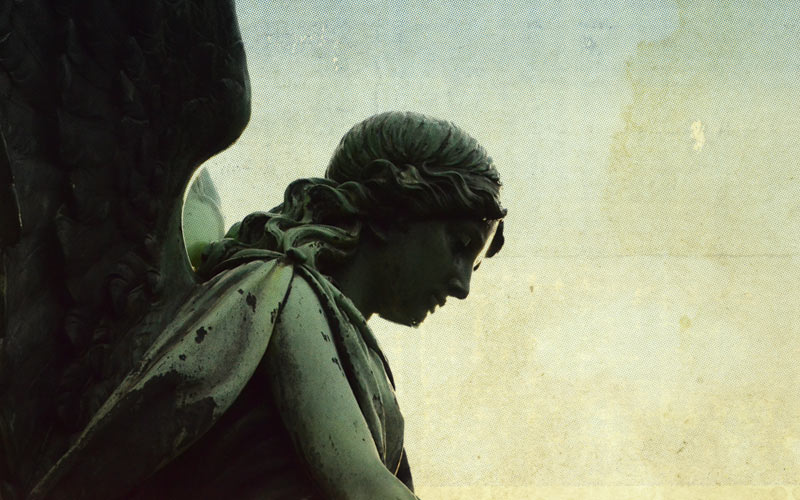 What Role Do Angels Play in the Bible? These celestial beings communicate God’s presence among his people September 26th, 2014 Maria Wolf
Bible Blog


When I was young, my mother told me I had a guardian angel, someone who watch over me and protect me throughout the day. The thought comforted me, and it still does now, even as an adult.

Many of us are familiar with the concept of guardian angels. In all likelihood, this idea arose from the passage in Matthew 18:10-11. Jesus gathers young children into his arms and states: “Don’t be cruel to any of these little ones! I promise you that their angels are always with my Father in heaven.”

At times, angels protect and guard. Other times, they defend, give messages and serve as agents of judgment. In many instances, they act as a bridge so that people can connect with God.

The story of Jacob’s ladder is a prime example of this last point. In Genesis 28:10-12, Jacob leaves the town of Beersheba and starts out for Haran. At sunset, he goes to sleep. “In a dream, he saw a ladder that reached from heaven to earth, and God’s angels were going up and down on it.”

In the dream, God proceeds to reveal himself to Jacob. Upon waking, Jacob dedicates to God the rock he had used for a pillow and names it Bethel.

When angels do appear, people are puzzled, confused and, sometimes, afraid. They’re not sure what they’re seeing, and they often don’t know what to make of them, Dr. Lamb says.

“Nearly every time people encounter an angel, there’s some kind of fear,” says Dr. Lamb. “Angels, most likely, were intimidating creatures in human form who show up and speak with confidence. And they often tell people not to be afraid.”

We see this pattern in Luke 1:26-38. Mary “was confused” by the angel Gabriel’s words that she would bear a son, and that his name would be Jesus. She was scared, too, because the angel specifically tells her not to be afraid.

In this case, Gabriel serves as messenger, and we see angels play this role repeatedly, particularly around stories pertaining to Jesus’ birth. An angel directed the shepherds to Bethlehem, a multitude of angels confirmed his birthplace, and an angel came to Joseph in a dream to tell him to escape with his family to Egypt and then when it was safe, to return to Israel.

But angels can also act as helpers, particularly in what Dr. Lamb calls wilderness experiences. In Matthew 4:1-11, Jesus was tempted in the desert for 40 days. After the devil left him, “angels came to help” Jesus.

While Peter didn’t have a wilderness experience per se, he was in trouble. Acts 12:6-11 tells us that an angel poked Peter in the side and woke him, stressing the urgency of quick action. Peter’s chains fell off, and he followed the angel past two groups of guards and through the city gate, which opened on its own. Then the angel disappeared. Mission accomplished.

For that reason, these celestial beings often are ministers of joy and grace.