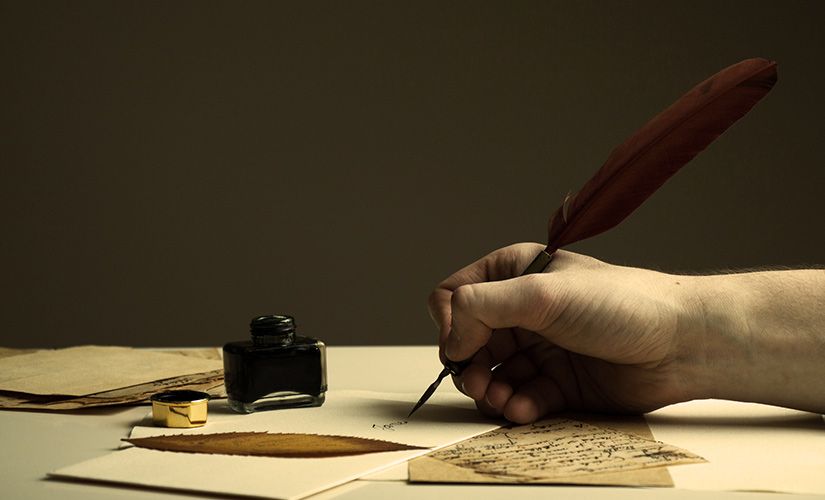 
Genres are categories of literature, each with its own tone and techniques. The Bible uses a handful of genres—narrative and law, prophecy and letters, wisdom literature, and apocalyptic literature. Understanding the genre in which the passage is written can help guide our reading. Follow the Biblical Genre Series to get the most out of your Bible reading.

Long before New Testament times, people were writing letters. They used papyrus, made from a reed that grew in wetlands, or parchment, made from animal skins. Their ink came from any dark stuff available. Their pens were sticks or bird quills.

A few of these letters have lasted: a medical report from an Assyrian doctor; a marriage proposal from an Egyptian queen. The Old Testament mentions several letters, including David’s sealed message that doomed Bathsheba’s husband (2 Samuel 11:14-15) and the threatening message that Hezekiah prayed over (Isaiah 37:9-20).

Letter-writing has always had a dual identity. It has often been used for official pronouncements, but it can also be very personal. As we study the New Testament epistles, we need to keep both of these in mind. The apostles who wrote these letters often addressed specific needs among specific churches or individuals, but they also displayed an awareness that they were creating something official, something the larger church could use.

You may have noticed certain patterns in the structure of New Testament epistles. They often begin with the address: Who’s writing to whom? (The similarities to modern emails are remarkable—From and To, along with occasional CCs for Timothy or other teammates.)

But before they get to the purpose of the letter, they often include a few verses of what we might call Appreciation and Blessing. Grace to you; I thank God for you; I remember the great times we shared.

The ends of the epistles also have a pattern, which includes personal greetings, final exhortations, and benediction.

In between, the content varies. In some cases, like 1 Corinthians, the author seems to be going through a checklist of issues. In others, like Galatians or Romans, there’s a theological argument being presented. Some shorter epistles have a single theme, others two or three.

It was common for officials to dictate letters to secretaries. Apparently both Peter and Paul did this. The author would then sign the letter in his own hand, with perhaps a quick final greeting. (We find that in Galatians 6:11 and probably 1 Peter 5:13.)

There was a Roman postal service, but it was reserved for official documents. The apostles would have sent their letters in the care of trusted friends, who are often mentioned in the text. Phoebe may have delivered Romans (Romans 16:1-2). Tychicus probably carried Ephesians (Ephesians 6:21-22).

When a congregation received an epistle, it would be read aloud in a service. It might then be copied (by hand, of course) and shared with house churches within that city or with congregations in other cities. The Colossians, for instance, were asked to swap letters with the nearby Laodiceans. Such “file-sharing” allowed churches to gather their own collections of apostolic writings.

Who Wrote What When?

Traditionally, Paul is credited as the author of thirteen of the twenty-one epistles in the New Testament. A very old tradition gives Paul a fourteenth letter, Hebrews, but there were doubts about that as early as the second century, and most modern scholars dispute it. Some scholars also dispute Paul as the author of Ephesians, Colossians, 2 Thessalonians, and the Pastoral Epistles to Timothy and Titus. It is suggested that associates or admirers of Paul might have written these under his name.

The same scholarly wrangling applies to the General Epistles traditionally credited to other church leaders—Peter, John, and two brothers of Jesus, namely James and Jude.

Dating the epistles is difficult, and the process must be interwoven with the accounts of Paul’s journeys in the book of Acts. Generally, Galatians is considered the first epistle written, as early as 48-49 AD. Then there were 1 (and maybe 2) Thessalonians, 1 (and maybe 2) Corinthians, and Romans. The Pastoral Epistles to Timothy and Titus were likely the last of the Pauline letters written.

The General Epistles of Peter, John, James, and Jude run the gamut chronologically. Some experts place James as early as 45 AD, making it the first epistle; others put it much later. Peter’s epistles speak to Christians under Roman persecution, which would date it after 64 AD. John’s letters were probably even later.

Tips for Reading the Epistles

If you’re in the Psalms or Proverbs, you can easily grab a few verses to mull over. The Gospels have a lot of stories that are 5 to 10 verses long. But the epistles make points that often take a chapter or more to fully grasp.

Learn all you can about the recipients of the epistle you’re reading. If it’s a city Paul visited, read the corresponding story in Acts. Use a Bible dictionary or study Bible to get the historical background.

As you do your research, don’t just amass facts about the people or place receiving this epistle. Think in terms of culture. Were these readers Jewish, Greek, Roman, or a mixture? What about their neighbors? What was the religious climate in the region? What did people do for a living? Just as an oil town in Texas differs from a seaport in Maine, a college campus in Oregon, or an Army base in Florida, so Corinth, Philippi, and Rome had different cultures, which affected what was written to them.

4. Tease out the problem.

Many of the epistles respond to specific problems among the readers. Sometimes, as in 1 Corinthians, it’s pretty easy to ferret out the issues just by reading the text. But in other letters it’s harder. Still, you can often figure out the problem by thinking about the solution. Why would James need to tell his readers to tame their tongues, to live in peace, or to put their faith into practice? Put it all together and it’s pretty safe to say that those readers were bad-mouthing each other.

Biblical authors often have unique vocabularies and pet themes. John is always going to write about love and truth. Paul keeps referring to believers being “in Christ.” What do these terms mean to these authors? You could consult a Bible dictionary, but it might also be fun to do your own computer search of key phrases.

6. Look for relationship more than rules.

Be careful about reducing the teaching of the epistles to a list of rules. This is an understandable habit, since we look to Scripture for guidance. But the epistles in general invite us to go beyond rule-keeping, to grow in a relationship with God, in which the Holy Spirit guides us, step by step. Perhaps it would help to treat these epistles as love letters from God, in which you learn more and more about the one you cherish. 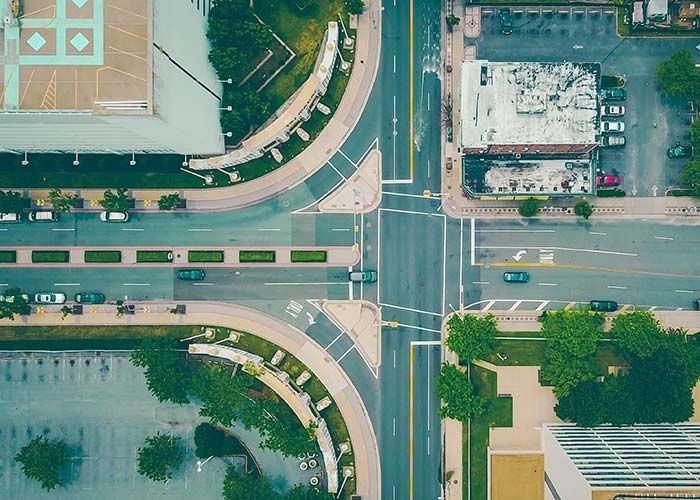 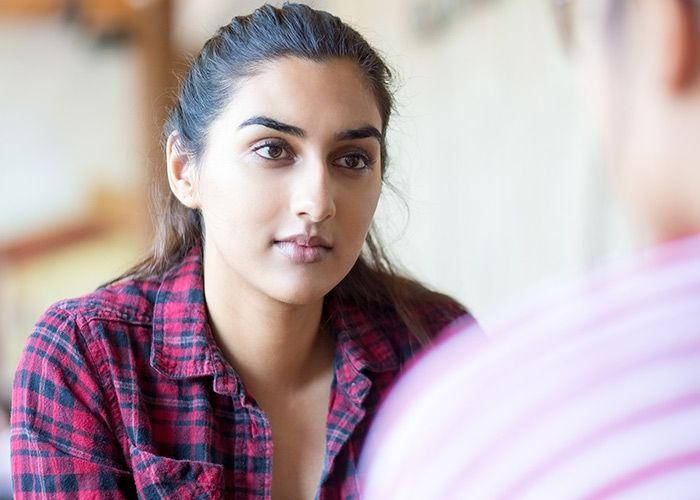 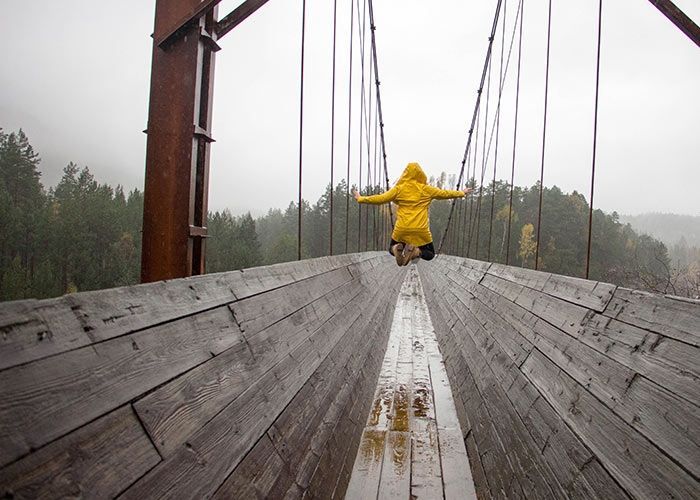 The End of the World as We Know It?

Were living in the end times. My friends eyes matched her tone: fearful. Why do you say so? I asked. She listed reason after reason: political crises, world events, cultural climate, devastating hurricanes and wildfires, immorality. It was a list ...