Corrective Surgery from the Bible Allowing Scripture to speak to us in the current truth crisis February 10th, 2020 Randy Petersen 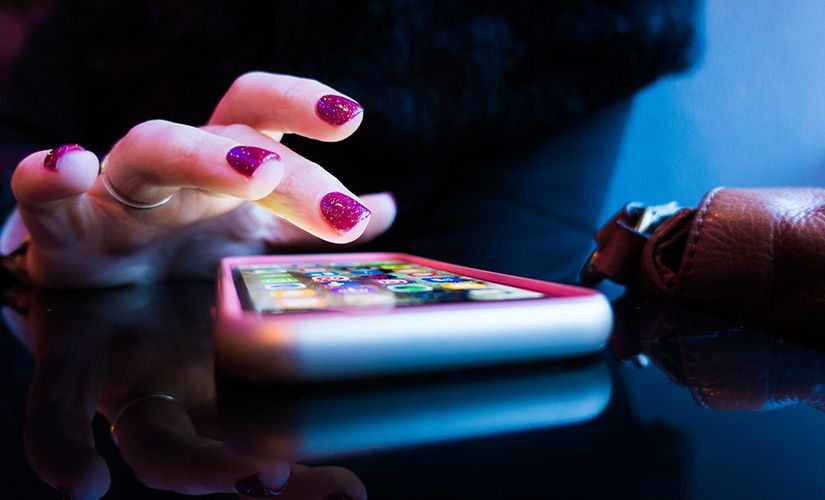 Corrective Surgery from the Bible Allowing Scripture to speak to us in the current truth crisis February 10th, 2020 Randy Petersen
Bible Engager’s Blog


Truth has taken a beating in the last few years.

From the White House to the Vatican, the concern for “fake news” is talked about, but the reality of deception is as old as Genesis. We can blame the Internet for getting falsehood out faster than before. We can blame cable news for tilting every story to one side or the other. We can blame the sixties for eroding our confidence in institutional authority. But there have always been truth-twisters.

New Testament epistles are full of warnings about deception. As the young church grew, it was a target for shysters. “In their greed these false teachers will make a profit out of telling you made-up stories …” (2 Peter 2:3)

Paul cautions Timothy: “The time will come when people will not listen to sound doctrine, but will follow their own desires and will collect for themselves more and more teachers who will tell them what they are itching to hear. They will turn away from listening to the truth and give their attention to legends” (2 Timothy 4:3-4).

Earlier in the same letter, the apostle challenges his protégé to be “one who correctly teaches the message of God’s truth. Keep away from profane and foolish discussions, which only drive people farther away from God” (2 Timothy 2:15b-16). The Greek word for correct teaching is orthotomeo—literally “right cutting.” In the same way that orthotic shoes fix a person’s stride, do we need to do corrective surgery on the discourse of our age?

Or perhaps we need to do corrective surgery on ourselves, because we can be part of the problem.

I have a confession to make. When I’m reading a Christian book and the author includes a passage of Scripture to support a point, I often skim over it. Hey, I know the Bible (or so I think). Oh, it’s that verse. I’ve read it before.

Maybe you do this too. (And I’m wondering if you just did that a few paragraphs ago when I quoted Scripture.)

What we’re doing, then, just to be clear, is skimming over the stuff God says to get back to the opinions of the human author.

While that may be a rather benign reading habit, I wonder if it’s a symptom of a larger problem. Do we assemble our own concoctions of truth in the same way? Of course our opinions are informed by Scriptures we’ve read at some point in our lives, but we’ve stirred in a lot of other ingredients, and now it’s hard to find the biblical truth under all the ideas we’ve added. We use Scripture to support what we already believe, without letting it surprise or correct us. We skim it and move on to our own opinions.

I hope I’m overstating this case. But as we lead others into Bible engagement, it’s crucial for us to engage fully with the Bible, and not just our approximation of what the Bible says. There is great danger for us and our ministries as we drift away from Scripture and rely more and more on our own concoctions.

Take the curse of Ham. Please.

The case of the curse

In his book In the Beginning Was the Word, historian Mark Noll details the relationship colonial Americans had with the Bible. Early in our history, we developed a penchant for using Scripture to support what we already believed. The good news is that people were quoting the Bible and upholding its truth. The bad news is that bad interpretation ran rampant.

As you may know, in the postlude of the flood story, the Bible relates an incident that resulted in Noah’s displeasure with his son Ham. Noah utters a curse, including the words “a servant of servants shall he be unto his brethren” (Genesis 9:25 KJV). Since Ham was understood as the ancestor of the African peoples, many preachers in England and America used this passage to justify the enslavement of Africans.

But the curse was uttered against Ham’s son, Canaan, whose descendants occupied not Africa, but the land Israel would later claim. There is no curse of Ham in Scripture (though Noll mentions one bishop who created a textual variant to replace Canaan with Ham).

Noll notes: “Whatever the Bible per se taught, stock usage and cultural assumptions about what the Bible simply had to teach were stronger” (p. 254, italics his). That’s a cautionary tale for all of us who try to “correctly teach” the Scriptures.

Of course, that couldn’t happen today. Could it?

Recently I heard an interview with one Christian who said, “Well, Jesus would certainly want us to defend ourselves.” I don’t remember if he was talking about gun control, immigration, or terrorism. I just thought, Hmmm. I wonder where he gets that.

And I’m just as likely to hear, “Jesus accepted everybody. He didn’t tell them how to live their lives.” Well, no, that’s not entirely true.

The challenge for all of us is to keep going back to Scripture for what it actually says—not what it should say, not what we vaguely remember it saying, not what fits our current agenda. There is plenty of work to be done in good interpretation, and we may have rousing disagreements at that level, but let’s start by not skimming over it. Let’s dig in and learn from what’s actually there.