Embrace Your True Freedom in God Learn to live into God's design for your life June 4th, 2018 Amber Parker 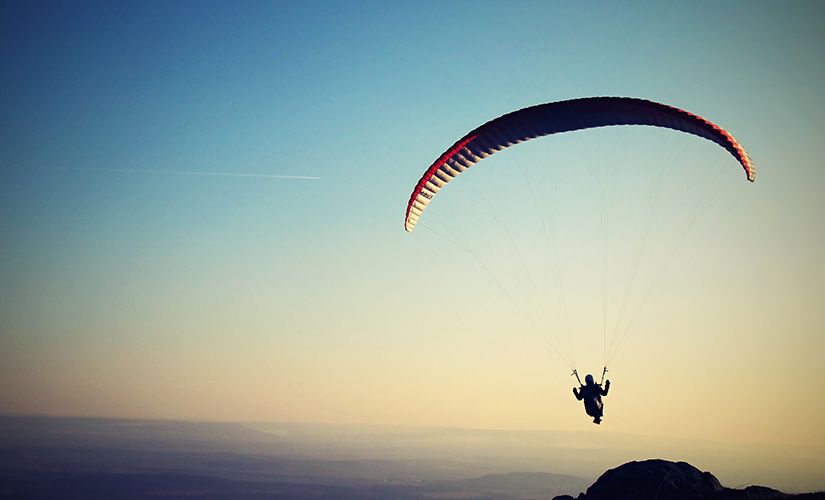 
Have you ever read something that shook you? Words that you couldn’t get away from? Words that played over and over in your mind? That is what happened when I read Galatians 5:1.

Even though I had seen the words many times before, this time was different. The words I read were simple, yet profound: “Freedom is what we have—Christ has set us free! Stand, then, as free people, and do not allow yourselves to become slaves again” (Galatians 5:1).

I realized I was living under the control of fear and that fear was shaping my life. It wasn’t an obvious fear, but a subtler type. I was afraid of making the wrong decision, so I didn’t make any decision. I was allowing what might happen, what people might say, what those I cared about might think, to keep me from following God. I was letting my past disappointments determine my future instead of letting faith and hope lead me. I found myself paralyzed on the sidelines and realized this was not the life of freedom God had designed for me.

The message is clear. We are free, but too often we are still living like slaves. Christ set us completely free from sin. Sin no longer has any power over us, but too often we continue living under its control.

The truth is, full freedom is available to all God’s children, but we have to stand firm and live it out. The Old Testament provides us with a living example of this truth from the nation of Israel. Their journey with freedom helps us to understand God’s design.

Long before Israel existed as a nation, God made a promise to Abraham. God revealed that Abraham and his descendants would be a great nation that would bless the entire world. Many generations later, Abraham’s family had grown into a massive nation, but instead of ruling and leading, they found themselves as slaves in the land of Egypt.

I can only imagine that these people thought their position of slavery seemed to fall very short of this calling to greatness. As they suffered and experienced great distress, the Israelites began to cry out to God. God heard the cry of the people and responded:

The LORD said, ‘I have seen how my people are suffering as slaves in Egypt, and I have heard them beg for my help because of the way they are being mistreated. I feel sorry for them, and I have come down to rescue them from the Egyptians. I will bring my people out of Egypt into a country where there is a lot of good land, rich with milk and honey’ (Exodus 3:7-8).

Too many of God’s children are living in bondage when God has a much greater plan for their lives. Our journey to freedom begins by believing the truth that God’s design for each of us really is freedom.

Reflection: Read Luke 4:14-19 and Isaiah 61:1-3. What message was Jesus called to proclaim? What do you learn about God’s design for freedom?

Freedom is Based on God’s Power

Knowing that God has designed us for freedom is critical, but it does not guarantee we will experience that freedom. Before we can experience freedom, we have to understand that we don’t have the power to set ourselves free.

When the Israelites cried out to God for deliverance, they were caught in a cycle of suffering without the power to change it. Listen to the message God spoke to them:

Here is my message for Israel, ‘I am the LORD! And with my mighty power I will punish the Egyptians and free you from slavery. I will accept you as my people, and I will be your God. Then you will know that I was the one who rescued you from the Egyptians (Exodus 6:6-7).

From a human perspective, the task was impossible. It seemed Egypt would never relent. Negotiations, hard work, or fighting would not change the situation. Against that backdrop of impossibility is where God would work. They needed God. Only God’s power could set them free. And only God would receive the credit.

The Israelites are not the only ones who have faced a hopeless situation. We each experience bondage that is impossible to overcome. Our efforts fall short. Our discipline fails. Our intelligence is lacking. Just like the Israelites, we need God. Only God’s power can conquer our enemy. Only God can set us free.

Reflection: Read Hebrews 2:14-15. What happened as a result of Jesus’s death? From what are we being rescued?

As the Israelites continued their journey, God miraculously removed them from the Egyptians’ control.  Through God’s power, they walked away from bondage. They were set free, no longer slaves.

What follows next in the Israelites story is sobering. Remember God’s promise? The people of Israel were called to live in a land rich with milk and honey. Unfortunately, the generation of men and women God set free from Egypt never entered the land of promise.

When they got close enough to see the land, they were overwhelmed by the people living there. Instead of possessing the land in confidence, they were controlled by their fear. After sending a team of men to view the place God had for them, the majority of the people believed the negative report:

But the other men replied, ‘Those people are much too strong for us.’ Then they started spreading rumors and saying, ‘We won’t be able to grow anything in that soil. And the people are like giants (Numbers 13:31-32).

The people had a choice. To experience freedom, they had to obey God. They needed to overcome fear and step forward and possess the land. Sadly, they chose to stay in the wilderness. Even though they had been set free from physical bondage, the Israelites were still enslaved in their minds. They were bound by doubts and fears that journeyed with them through the wilderness, preventing them from fully living out their freedom.

Too often we are just like the Israelites. God has set us free, but we are not living out that freedom. That is why the warning of Galatians 5:1 impacted me so deeply. Even though God had already set me free, I was still allowing fear to control my life. I had to make a choice. I had to choose to live based on what God said not what I felt. I had to step out and stand strong in order to experience victory.

Whatever our struggle–fear, anxiety, anger, addiction, depression–Christ has set us free, but we have to stand firm in that freedom. If we don’t obey God and live out our freedom, we fall back into the slave mentality. The very things God has already set us free from will hold us in bondage.

Freedom is Rooted in Truth

Ultimately, the Israelites missed out on enjoying God’s freedom because they trusted their own thinking above the truth of God’s Word. They saw the problems and impossibilities before them instead of remembering God’s promise and God’s power.

Freedom is always connected to truth; therefore, freedom begins with knowing the truth, and that truth is found only in God’s Word. Jesus described it to the disciples this way, “If you keep on obeying what I have said, you truly are my disciples. You will know the truth, and the truth will set you free” (John 8:31-32).

In my struggle, I had to know God’s truth to overcome fear and walk in freedom. What about you? In what area are you being held captive? What does God’s Word have to say about that struggle? What is the truth and how can you live it out?

Truth-filled living is power-filled living. And that is the life God has designed for you and for me. We are free. Now, it is time to live out our freedom. 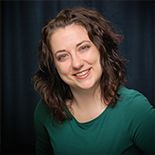 Amber Parker is a writer and speaker. She loves developing others, seeing people activate their faith, and engaging in what God is doing around the world. Amber currently serves as the VP of Operations at Advancing Native Missions. To hear more from Amber visit amberparker.net.