Failure can be a pathway to success Failure helps you find your sweet spot in life February 10th, 2020 Josh Lawson 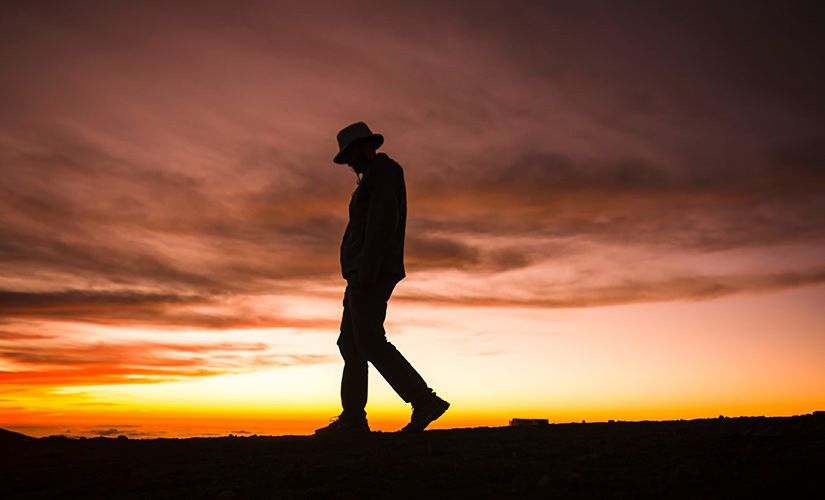 Failure can be a pathway to success Failure helps you find your sweet spot in life February 10th, 2020 Josh Lawson
Bible Engager’s Blog


Like it or not, failure is an inevitable part of life. We face it at work, at home, and in ministry. Unfortunately, society doesn’t place a high degree of value on failure, so people are not often equipped to deal with it when it comes. But failure can be one of our learning tools—especially when teaching others about the Bible.

As leaders, part of our service involves helping people successfully navigate their personal and professional failures. We do this by giving them a biblical view of success, as well as showing them how failure can lead to success in God’s kingdom. This can be challenging, so we need to lean heavily on the unique examples found in Scripture.

Real success comes from finding your 'why'

Popular culture portrays success primarily as achievement, as accomplishing goals and getting ahead. This has its place, of course, but ultimately it falls short of genuine success. Perhaps you’ve heard the story of the man who spent his life climbing the ladder of success, only to reach the top and find that the ladder was leaning against the wrong wall! This is all too common. Many people spend their lives chasing success as achievement only to discover, after a lifetime of work, that everything they truly value has been sacrificed on its altar. But what is the outcome of such a life? Do you gain anything if you win the whole world but lose your life? Of course, not (see Mark 8:36)!

As a leader, you must constantly renew your mind and the minds of those you lead on this score. Real success comes not from wealth and achievement but from finding your “why.” In other words, it’s about discovering who God made you to be and living into God’s purpose for your life. As Paul said, “Do not conform yourselves to the standards of this world, but let God transform you inwardly by a complete change of your mind. Then you will be able to know the will of God—what is good and is pleasing to him and is perfect” (Romans 12:2). Successful people are those who live from that place where the unique gift that God has given them is given back to the world in humble, joyful service.

There’s no success without failure

When you view success as achievement, you tend to view failure as its opposite. Consequently, you fear failure and do everything you can to avoid it. This occurs when you erroneously conflate failure, which is only temporary, with defeat, which is final. Defeat and failure are not the same thing. Defeat is an end; failure is a means. Nobody can be defeated in life but the person who gives up altogether. Failure can be a pathway to success. All successful people know this and have learned how to leverage failure to their advantage.

Of course, some failures are simply a result of poor planning, inadequate preparation, or lack of skill. Others, though, hold deeper lessons. Failure helps you realize who you are not and what you are not here to do. It reminds you that the place to which God calls you is not a place at all, for God’s will is not tied to a single location or vocation (in other words, God’s will is not a matter of where you work or what you do but of who you are in Christ).

Finally, failure helps you find your sweet spot in life, urging you to keep trying though everything within you wants to give up. Surely by looking back you can see how each experience of failure brought you one step closer to realizing God’s will for your life. Once you see this for yourself, examining your own experience through the lenses of Scripture, you can help other people see it for themselves.

Though it may seem counterintuitive, it is through the experience of failure that we come to know Christ in the power of his resurrection (Philippians 3:10). This knowledge gives us the ability to “fail forward” through the many setbacks we face in life. Scripture is the perfect tool to engage people on this point.

For instance, you might appropriate the example of a well-known figure like Paul. Paul was a minister of the gospel par excellence, yet his work was riddled with what could be perceived as failures. Perhaps greatest of all was his repeated attempts to reach the Jewish people, resulting in him being flogged, jailed, and run out of town. How many times must a man be rejected before he finally gets the point? Yet it was Paul’s apparent failure to reach the Jews that led him to turn to the Gentiles. Thanks to that redirection, you are reading this blog 2,000 years later!

Of course, it is important to keep in mind that God intended all along for Paul to be “a light for the Gentiles, so that all the world may be saved” (Acts 13:47). But if failure can be summed up as coming short of one’s goal, then it does seem that Paul failed to reach the Jews as he hoped he would. The sorrow he felt over this fact is evident in his letter to the Romans (see Romans 9:1-3). Yet it was through this failure that God worked out his plan for Paul to take the gospel to the Gentiles. One door of ministry closed so that another, wider door, might open.

The biblical narrative presents other examples as well, the most important being Christ. From a certain vantage point, Christ-crucified appears to be the greatest failure the world has ever known. If that seems strange to you, get down inside the Gospels and look closely at the disciples’ immediate response to their master’s crucifixion. You’ll see that the cross was not a victory to them but a tragic disappointment.

Yet it was in this disappointment that the disciples had their first experience of the resurrected Christ (see Luke 24:13-35). It was there on the road to Emmaus that Christ revolutionized their understanding of the biblical story and composted the seemingly negative outcome of the cross before their very eyes. What an eye-opener that turned out to be!

It will be no different for us, for the student is not greater than the teacher (see Luke 6:40). Like it or not, the path to success in God’s kingdom lies in going through failure. Only by undergoing our own personal experiences of “death and resurrection” can we be equipped to minister life to other people. And this we will do, counting on the grace of God who went before us in the Crucified One to enlighten and sustain our hearts to the very end.

This blog originally appeared in the Bible engagement blog for leaders of American Bible Society on May 8, 2018.

Josh Lawson lives in southern Ohio with his wife and three children. He is a writer, entrepreneur, and small group director for his local church, where he helps people learn what it means to follow Jesus in their daily lives. Aside from this, he also doubles as a life coach and political organizer. Josh studied theology at Summit International School of Ministry and is currently finishing his B.A. in Biblical Studies through Lancaster Bible College. You can find out more about his work at patreon.com/JoshuaLawson.