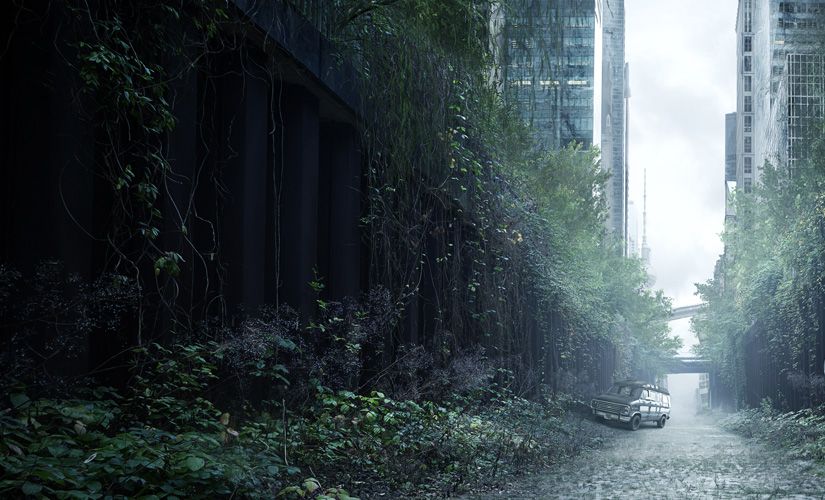 
“Revelation,” they said. “We want to study Revelation.”

My Bible study group was insisting that I lead them through the last book of the Bible. They hoped that I would be able to explain it all for them. Ha! I had been avoiding Revelation all my life, ever since encountering some overzealous end-timers in my youth. But now I couldn’t find a good excuse.

“I’m not going to indoctrinate you in some system,” I warned. “We’re going to start with a blank slate. No assumptions. We’ll just see what it says.” They agreed, and I agreed.

It was the hardest Bible study I’ve ever led.

What kind of beast is this?

The greatest difficulty came in understanding the rules of this game. Read a passage in the Gospels, and you’re zeroing in on what it says about Jesus. Read the epistles for a combination of explanation and exhortation. But Revelation belongs to an entirely different category. With all its beasts and battles, clues and calamities, how should we approach it?

Scholars call this category Apocalyptic, from a Greek word for uncovering. Apocalypse is the revealing of a secret plan. This kind of literature pulls the veil aside and lets us see the meaning behind the history. It does not just predict what will happen; it places it in a larger context of the relationship between God and humanity.

In the Old Testament, Daniel and Ezekiel bear some similarities to Revelation, and there are apocalyptic touches in Isaiah. The Olivet Discourse of Jesus (Matthew 24; Mark 13; Luke 21) could also be considered apocalyptic, as well as certain passages from Paul’s epistles—but not just his comments to the Corinthians or Thessalonians about Christ’s return. Perhaps Paul’s most apocalyptic writing was sent to Ephesus: “In all his wisdom and insight God did what he had purposed, and made known to us the secret plan he had already decided to complete by means of Christ. This plan, which God will complete when the time is right, is to bring all creation together, everything in heaven and on earth, with Christ as head.” (Ephesians 1:8b-10)

There were actually many other apocalypses written in the centuries just before and after Jesus. The Book of Enoch is the best known, and is even quoted in the biblical epistle of Jude, which also seems to cite another apocalyptic work, The Assumption of Moses. The Sibylline Oracles, The Testaments of the Twelve Patriarchs, and 2 Esdras are just a few of the other ancient writings in this vein.

In this period (roughly 200 B.C. to 150 A.D.), the Jews faced many changes. They had foreign rulers mocking their faith, a brief fling with independence under the Maccabees, occupation by the Romans, violent rebellion, and major destruction. You can’t blame them for wondering what in the world was going on. Did God have any kind of plan? Apocalyptic literature sought to address that question.

The book of Revelation paints from the same palette. Crowns, horns, trumpets, eyes, certain colors or numbers—these symbols were well known in writing like this. Conflict between God and God's enemies was expected. And these writings seem especially enthralled by the idea of secret knowledge that readers have to figure out.

What does that mean for us as we approach Revelation—and parts of Ezekiel, Daniel, and other Bible passages that could be included in this genre? The genre-based approach doesn’t give us all the answers, but it may help us to ask better questions.

What was the situation of the first readers, and how would they respond to this passage?

Like other apocalyptic writings, Revelation was addressed to believers being ruled by hostile powers. Many of its descriptions fit Rome and its rulers. We often rush to apply these prophecies to ourselves and our times, but pause to imagine what the original recipients—the Christians of Ephesus, Laodicea, Smyrna, or Philadelphia (the other one) would be thinking. Keep connecting the later visions to the messages of chapters 2 and 3. This is not just a future fantasy. It’s anchored in the historical reality of the seven churches.

How does Revelation leverage the Old Testament?

Ezekiel, Daniel, and (to some extent) Joel give us a vast collection of images that Revelation reuses. By reading the Old Testament prophets first, you’ll get great background for the New Testament’s apocalypse. For instance, compare the building specs for the new Jerusalem with Ezekiel’s measurements of the Temple and its environs. This is not a matter of deciphering clues as much as scanning the territory. The book of Revelation employs an apocalyptic vocabulary that was already well known.

You can get lost in the locusts and hailstorms, but remember where all this is headed. Spoiler alert: God wins! But beyond that, what can we learn from the way this plays out? It’s not just evil that loses, it’s pride, it’s greed. Faithfulness is rewarded. This is the beginning and ending of the book of Job, played out on a world stage. Apocalyptic literature tells a big story. Revelation is no exception.

What’s past, present, and future—or all of the above?

This is probably the key difference among the competing interpretations of Revelation. Some people see the book as an outline of the future. Others view it as a reflection of what was happening in the first century. Still others see a spiritual reality, with Revelation describing the ongoing struggle with evil in our lives. In general, apocalyptic literature connected past, present, and future in a sweeping story, finding the future in the past and vice versa. And with its occasional glimpses into eternity, does Revelation need to follow an earthly timeline at all?

How can we worship along with Revelation?

This last book of the Bible is quite amazing in this way. As it spirals toward climactic conflict, every so often a worship service breaks out. “Holy, holy, holy,” the creatures sing. “Worthy is the Lamb,” we hear from millions of angels. The heavens roar with “Hallelujah.” This is a journey of worship, and that fact sets Revelation apart from other apocalypses. This story is not just about the end of the world as we know it. It’s about how we maintain intimacy with God in dramatically difficult times.