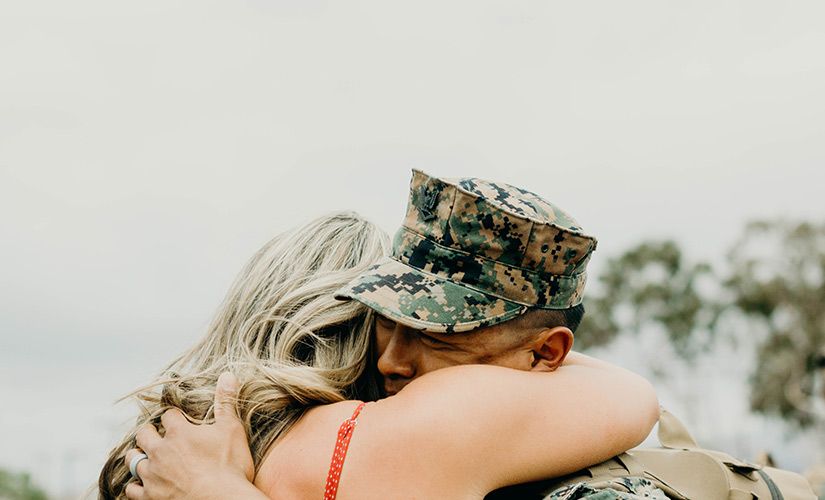 
A survey of American adults, done a few years back, found that 62 percent of people believed they needed to forgive more. 58 percent said some things are never forgivable, and 60 percent said the other party would have to apologize and make changes in order to be forgiven.

It seems most of us believe forgiveness is a good thing, but we have a hard time doing it.

An upcoming movie spotlights that disconnect. "Indivisible" (PG-13) opens in theaters October 26 and tells the true story of an Army chaplain and his wife who grew apart during his 15-month deployment to Iraq and then had to fight to save their marriage – to forgive one another – when he returned. It stars Justin Bruening (Grey’s Anatomy) as Chaplain Darren Turner and Sarah Drew (Mom’s Night Out, Grey’s Anatomy) as his wife Heather. David Evans, who directed the 2010 faith-based film The Grace Card, also directed "Indivisible."

The two felt called to a life of military chaplaincy, in part, so that they could save marriages, but didn’t expect it was their relationship that would need to be rescued.

I interviewed the real-life Darren Turner, who told me he “didn't handle the deployment” well. His ego grew during service and thus impacted his home life.

“I kind of believed those people who patted me on the back, and so I thought more highly of myself than I should have,” he said.

In the movie, when Darren volunteers for the chaplaincy, a superior officer warns him about the divorce rate among soldiers. Darren’s goal is to help salvage some of those marriages – a task that he embraces – but in the end the message hits closer to home than he expected.

Darren was once a joy-filled family man to Heather and their three children, but when he returns home after his time in combat, he isolates himself, thinking about the friends he has lost and the horrors he has witnessed. He wishes Heather could understand the trials he had faced in combat, but – ironically – she desires the same from him. She wants him to understand her battlefield. She had spent those 15 months raising three small children without a partner, while also leading an outreach to military spouses. She had comforted women whose husbands had been killed or injured in combat. Of course, she had also gone to bed each night not knowing if her husband would return alive – a fact that only added to her stress.

When I asked Turner what he wants for moviegoers who watch "Indivisible," he replied that he wants them to be “blown away” by the power of God’s grace. “My ultimate hope for people is that they would see God loves them, that God died for them and that that is the foundation for forgiveness,” Turner said.

Here are three lessons from "Indivisible" about forgiveness:

Forgiveness can be difficult, but Jesus provides our model. Scripture says that as he hung on the cross, Jesus prayed, “Father, forgive them, for they know not what they do” (Luke 23:34).

During his earthly ministry, Jesus was asked by Peter, “Lord, if my brother keeps on sinning against me, how many times do I have to forgive him? Seven times?” Jesus responded, “No, not seven times, but seventy times seven” (Matthew 18:21-22). In other words, forgiveness should have no limit. If we’re counting, then we never forgave the person in the first place!

In "Indivisible," Heather complains that Darren is angry and distant. He says she’s uncaring. Their differences come to a head during an argument.

“I want to know why you somehow have it in you to show up for those men, when you refuse to do it for your own wife and kids!” she shouts.

She tells him to go live somewhere else.

Jesus had forgiven him, so “Who am I to withhold that from my spouse?” he adds.

Christ reconciled us to God, and through the Holy Spirit gave us the power to be reconciled to one another. God expects us to do for others what he did for us!

Is there someone you need to forgive or be reconciled to?

Society may urge us to focus primarily on our own needs, but Scripture tells us exactly the opposite: “Bear one another's burdens …” (Galatians 6:2). “Do nothing from selfish ambition or conceit, but in humility count others more significant than yourselves” (Philippians 2:3). The Bible even tells us to be good listeners: “Let every person be quick to hear, slow to speak, slow to anger” (James 1:19).

In the movie, neither Darren nor Heather truly understands the stress they each face. In one poignant scene, they speak via satellite phone, shortly after each had experienced a traumatic incident that very day. He had survived a deadly combat mission and she had rushed their daughter to the hospital in a medical emergency. Neither Darren nor Heather, though, listen to the other talk. It isn’t until the movie’s final moments – when Darren goes out of his way to perform a kind act for his wife and children – that they are reunited.

If you are facing a broken relationship, try looking at the situation from the other person’s perspective. Maybe they were entirely at fault, but, then again, maybe not.

True Forgiveness Is Possible Through Christ

Forgiveness isn’t always easy, but through the power of Christ, it is possible. We often retort: “I can never forgive them! You don’t understand what they did to me!” But what is the attitude of Jesus? He looks at our ugly past – every single sin we’ve ever committed – and forgives us anyway.

Darren told me: “Heather is someone that Christ died for. How arrogant would it be for me to treat her any differently than Christ would?”

Think about the person you need to forgive. Pray for them. Ask God to help you forgive them.

"Indivisible" is rated PG-13 for some thematic material and war violence. 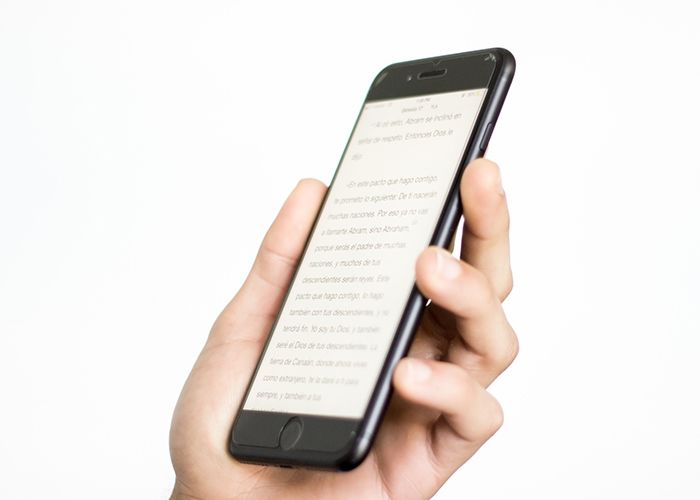 Alasdair Wallace – Bible Advocacy Campaign Manager, Scottish Bible Society I can sometimes forget that when I’m reading the Bible: what I’m looking at is a translation. And not just a translation into English from the original languages of Hebrew ... 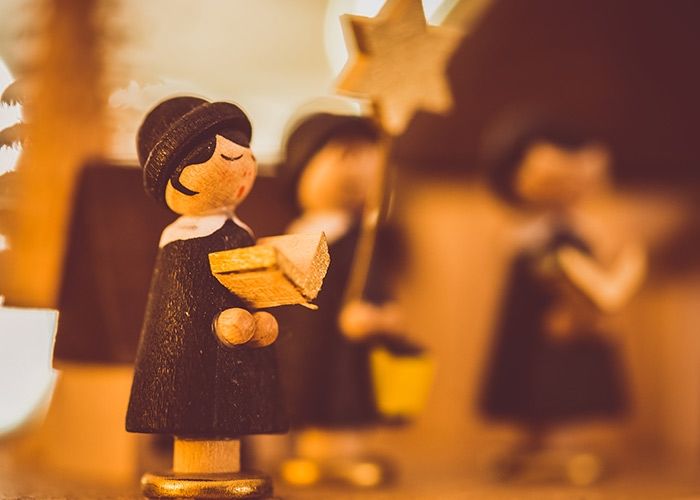 I have a particular fondness for old hymns of the faith. A good hymn allows us to sing Scripture, and when we sing Scripture, we’re interacting with the Bible, which shapes our choices and transforms our relationships. And since we are just a few days away from Christmas, I’d ... 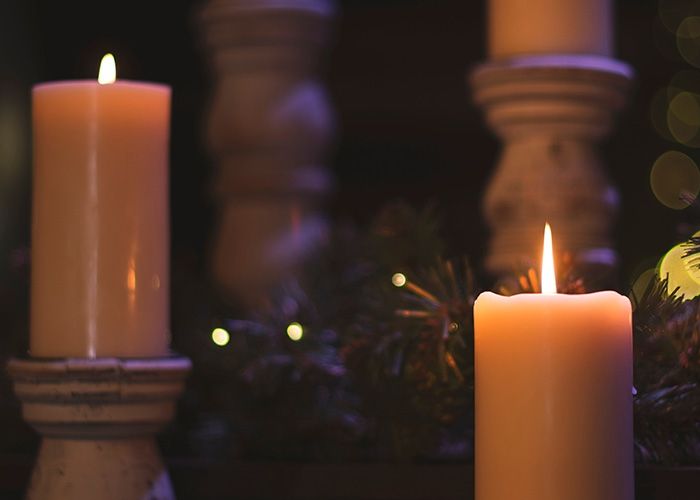 Get ready: Scripture practices for Advent

Every year at Christmas time my family looks forward to watching the “Service of Lessons and Carols” televised from King’s College in Cambridge, England. The singing is exhilarating, and so is the beautiful reading of the passages from Scripture that foretell and narrate the birth of Jesus. The readers’ ... 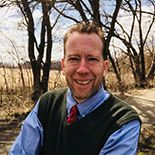 Michael Foust is the husband of an amazing wife named Julie and the father of four small children. He's been a writer for 20-plus years and has covered the intersection of faith and entertainment for more than a decade. Learn more about him at MichaelFoust.com.