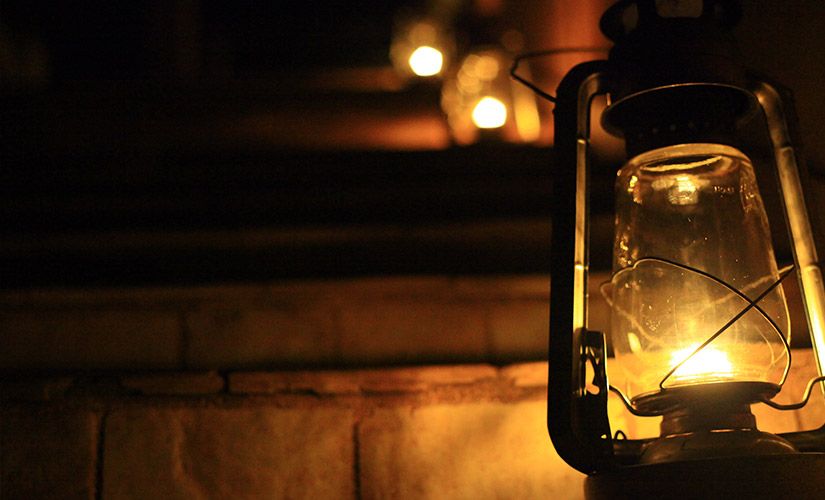 
I confess I am afraid of the dark. Especially when it is very dark—I mean really dark—like pitch black. I used to live in New York City and went through the blackout of 2003 when all power was out for more than 24 hours. It was dark, but not that dark. People had flashlights and candles. I lived through Superstorm Sandy, again in New York, and whole sections of the city were in the dark, but from that place of darkness you could see parts of the city still fortunate enough to have electricity.

I experienced real darkness growing up in the jungle in Suriname, South America, and more recently on a retreat in the Blue Mountains of Pennsylvania. There was no moon shining, no visible stars, and I was certain that if I stepped out into that darkness, I would not live to tell about it—you never know about those Nittany Lions!

A different kind of dark

This morning in my devotional time, I reflected on the challenge of living as “children of light” in a spiritually dark world (1 Thessalonians 5:5 ESV). As I read, I realized that we can’t be children of light unless we are connected with the one who is the “Light of the world” (John 8:12). Even maintaining our daily connection with Jesus through prayer and time spent in his Word doesn’t guarantee that we won’t feel oppressed by the way our world seems to be rejecting God. But that daily connection with our Lord certainly helps!

Some days the Velcro-like tendrils of darkness grasp and cling to our spirits. It seems like the darkness is intent on choking out the nascent blossoms of hope that we are offered through the glorious presence of Christ.

The Transfiguration of the Lord

Jesus’s disciples experienced their own version of spiritual darkness as the events of their Lord’s life hurled them head first toward his crucifixion. Try as they might to imagine a positive future, they couldn’t escape confusion and despair as they marched to Jerusalem with Jesus. After Peter recognized Jesus as the Messiah, the Son of the living God, the disciples are told that Jesus would not go to Jerusalem to receive a bejeweled golden crown, but a twisted crown of thorns. Instead of sitting on a throne, he’d be nailed to a cross. This would be the first of three times Jesus would tell his disciples about his impending death. Right after this announcement, Peter, James and John, the three disciples in his inner circle, accompany Jesus to the top of Mount Tabor.

Three of the Gospels tell us about the event that took place on that mountain. It’s what we now call the Transfiguration of the Lord. Matthew was not an eyewitness, nor was Luke, and Mark’s account no doubt came from listening to the preaching of Peter who was an eyewitness. “And he was transfigured before them and his face shone like the sun” (Matthew 17:2). Luke says, “the appearance of his countenance was altered” (9:29). And “his garments became glistening, intensely white, as no fuller on earth could bleach them” (Mark 9:3). We do have at least one eyewitness reference to this significant event sometimes called the “culminating event” of Christ’s public ministry.

Not a cleverly devised myth!

Peter gave his account of this event not too long before he suffered a martyr’s death. The light of this mortal life was beginning to extinguish for him as he neared the time that Jesus had predicted (see John 21:18-19). He realized that many who trusted in Jesus were facing difficult, even extreme challenges to the hope that was within them—the hope of glory! Peter introduces his witness with these words: “I think it right, as long as I am in this body, to arouse you by way of reminder, since I know that the putting off of my body will be soon, as our Lord Jesus Christ showed me. And I will see to it that after my departure you may be able at any time to recall these things” (2 Peter 1:13-15). By the time the apostle wrote to the scattered Christians in Asia Minor, the Transfiguration was thought by some to be folklore. But Peter knew differently. He knew that the truth of what he witnessed was a necessary remedy to the challenges they faced living in the Roman Empire ruled by Nero. Peter wrote:

For we did not follow cleverly devised myths when we made known to you the power and coming of our Lord Jesus Christ, but we were eyewitnesses of his majesty. For when he received honor and glory from God the Father and the voice was borne to him by the Majestic Glory, “This is my beloved Son, with whom I am well pleased,” we heard this voice borne from heaven, for we were with him on the holy mountain. And we have the prophetic word made more sure. You will do well to pay attention to this as to a lamp shining in a dark place, until the day dawns and the morning star rises in your hearts.
2 Peter 1:16-19

The dazzling light of the Transfiguration demonstrated that Jesus was not only human, but also fully God, and that his purposes, plans, and promises of prophecy would not be derailed even as they passed through the cruel cross of Calvary. Peter says to us, “You will do well to pay attention to this (the Transfiguration) as to a lamp shining in the dark, until the day dawns and the morning star rises in your hearts” (2 Peter 1:19).

The mountaintop experience was not the end-all, be-all. Jesus would climb another “mountain” before the ultimate victory over all darkness. The Transfiguration gives hope that the day of victory will come. It is a lamp that we can focus our attention on. It only becomes brighter as we move closer to Jesus and his perfect plan for us. Jesus is the new day. Jesus is the morning star that rises in our hearts. That “light shines in the darkness, and the darkness can never extinguish it” (John 1:5 NLT).