The Cross On Which Jesus—and Our Old Self—Died The cross is everywhere—but what does it really mean? September 16th, 2019 Joseph Bentz 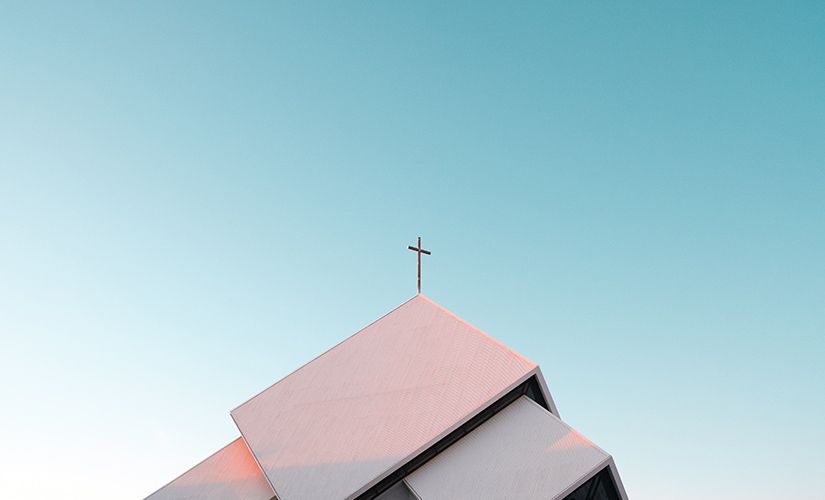 The Cross On Which Jesus—and Our Old Self—Died The cross is everywhere—but what does it really mean? September 16th, 2019 Joseph Bentz
Bible Engager’s Blog


The cross, the central symbol of the Christian faith, holds such power for believers that they are often willing to go to great lengths to display it. In a remote field in Lithuania tens of thousands of crosses of every imaginable size and design have been planted on a hill by pilgrims coming to offer prayers or to memorialize a loved one. Some of the crosses go back hundreds of years. When the Soviet Union controlled the area after World War II, it tried repeatedly to destroy the Christian symbols. The Soviets even tried leveling the hill itself, but nothing worked. People kept bringing crosses. Finally, the Soviets gave up, and eventually Lithuania gained its independence and let the crosses proliferate, where they stand to this day.

What makes this symbol so powerful that people want to display it, even to defend it at great risk to themselves? Some crosses are huge, such as the one that rises 19 stories high from the flat Texas Panhandle landscape off Interstate 40. Others are more modest—simple pieces of jewelry or decorations to hang on the wall. People display crosses on the churches where they worship and on the tombstones where they are buried. The cross is everywhere, but how seriously do we take it? Is there a danger of trivializing it by using it for so many different purposes, whether to dazzle or decorate?

Today, and throughout Christian history, the cross has also been under assault by hostile powers. The current Chinese government, for example, has forced Christians to remove crosses from personal displays in their homes and replace them with portraits of the Communist leader. For Chinese Christians, the symbol of the cross is far from trivial. Their perspective may reflect that of the earliest Christians.

How early believers saw the cross

The view of the cross has changed since that day when Jesus Christ was crucified on one, changing history forever. Early Christians, including the authors of the Gospel accounts, were well aware of both its power and its terror. Crucifixion on a cross was a gruesome way to die and typically had been used for only the worst criminals.

The Gospel writers treated it with such awe and reverence that they do not even describe what it looked like, nor do they describe Jesus being nailed to the cross. As Robin Jensen, who wrote a book on the Cross’s history and impact, points out, nails are never mentioned until after Jesus’s resurrection, when Thomas, forever after known as Doubting Thomas, says to his fellow disciples, “Unless I see the nail marks in his hands and put my finger where the nails were, and put my hand into his side, I will not believe” (John 20:25).1

For many people today, the cross has such a stained-glass-window exaltedness to it—or else a department-store-jewelry triviality to it—that it is hard to see what many of the first Christians and non-believers would have seen in it—scandal. For the people at the time of Jesus’s execution, and for a long time afterward, until familiarity with the story helped perceptions to change, death on a cross was an embarrassing, humiliating way to die. If Jesus was God, how could he possibly die in such a crude and vulgar way? How would his followers ever explain it? How could they embrace it?

The apostle Paul knew the cross was a difficult but crucial element for his audience in those early days of Christianity to understand. Paul declared that “we preach Christ crucified: a stumbling block to Jews and foolishness to Gentiles” (1 Corinthians 1:23 NIV). The execution of a movement’s leader in many cases would mean the end of the movement. Christianity could have ended with Jesus’s death. Instead, the importance of his sacrifice puts it at the center of the faith. Paul puts it succinctly in 1 Corinthians 15:3-4: “For what I received I passed on to you as of first importance: that Christ died for our sins according to the Scriptures, that he was buried, that he was raised on the third day according to the Scriptures.”

How we participate in the power of the cross

Paul, along with other biblical writers and countless theologians across the centuries, has written further explanations of how Christ’s sacrificial death covers our sins and makes us right with God. But the central truth of the gospel is that it does, and that believing in him is the way to salvation and eternal life. For Christians, the ancient execution device is terribly personal and relevant: we believe that our sins were crucified on that cross, along with Jesus.

Beyond representing this death of sin’s power over us, the cross continues to have meaning for believers as we identify with Christ and his suffering. Christians do not simply observe the crucifixion as bystanders. Paul says, “I have been crucified with Christ and I no longer live, but Christ lives in me” (Galatians 2:20). Christ died for us, but we also die with him. Becoming a Christian is a kind of crucifixion. We let the old self die, that self that was cut off from the spiritually nourishing relationship with the Holy Spirit, absorbed in sin and insisted on pursuing its own will and agenda instead of God’s, and was too afraid to trust God in every circumstance. We become one with Christ. For Christians, the response to Christ’s death on the Cross is not only gratitude. It is also participation. We let who we used to be die so that Christ may fill up the new life that replaces it.

If we have a clear-eyed view of the real meaning of the cross, not only the beauty of the part it plays in our salvation but also of the cost of our own old-self crucifixion that it requires, then any idea of an easy religion—“cheap grace” as it is sometimes called—is eliminated.  As you go through your day, you may see dozens of crosses—on churches, tombstones, jewelry, art, and elsewhere. Maybe it’s time to see it with new eyes. The fact that modern culture often trivializes the cross doesn’t mean we have to. These sightings of crosses can remind us daily of the power of what took place on that original cross—where Jesus offered himself up for us, and which opened the door to our salvation.

Joseph Bentz is the author of the newly released book, 12 New Testament Passages that Changed the World (The Foundry Publishing), which reflects on the influence of biblical passages on popular culture, literature, art, film, and individual lives. The book includes a chapter on the prodigal son. Bentz is also the author of 10 other books, including Nothing is Wasted: How God Redeems What is Broken. He is a professor of American literature at Azusa Pacific University in southern California. He has a Ph.D. and M.A. in literature from Purdue University and a B.A. in English from Olivet Nazarene University.