Weighing the Psalms How to get the most out of reading biblical poetry January 21st, 2019 Alex Miller 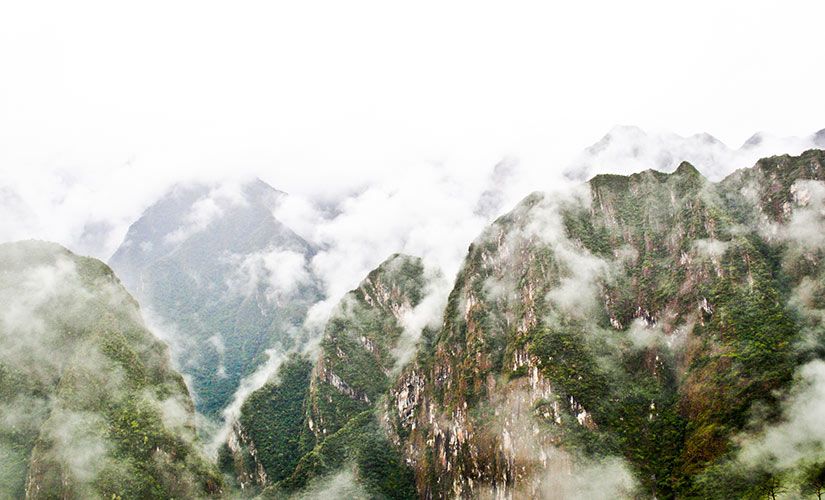 Weighing the Psalms How to get the most out of reading biblical poetry January 21st, 2019 Alex Miller
Bible Engager’s Blog


When we’re young, the wealth of time and energy most of us enjoy makes us capable of heroic things. For instance, during high school I can remember getting up every weekday morning at 4:30 to read a little Scripture. Now I am incapable of staying conscious at that hour unless I am walking toward the coffee pot. But wake and read I did, though those devotions almost always ended in frustration.

The Psalms were often my focus. I had a bit of training about how to read lyric poetry—poems about personal feelings and emotions. But this training seemed unhelpful when I encountered the Psalms. In theory, I knew how to follow the changes in outlook the author would experience as he or she reflected on the world. The basic structure of lyric poems has three parts: Part one, the poet thinks or feels a certain way. Part two, she has an encounter with nature. Part three, she reflects about how this encounter has transformed the way she thinks.

It’s easy to trace this progression in almost any English lyric. In Wordsworth’s “I Wandered Lonely as a Cloud,” the poet begins (part one) by expressing profound, seemingly sourceless feelings of isolation. Next, part two: He wanders outside to take his mind off things. Suddenly, he reaches the top of a hill and finds himself looking out over a field of daffodils. He can’t help but be moved. Yet even more powerful than the actual encounter with the flowers is part three of the poem: His encounter with nature has a transformative effect on his loneliness, undetectable to him at first. Reflecting on the experience later, he realizes that the memory of those flowers relieves his ennui:

For oft, when on my couch I lie
In vacant or in pensive mood,
They flash upon that inward eye
Which is the bliss of solitude;
And then my heart with pleasure fills,
And dances with the daffodils.

This was the pattern I’d learned to recognize in a lyric poem: original condition, thoughtful encounter with nature, reflection on the resulting inner transformation. Yet these assumptions about what a poem should be and do were useless when I took them to the Psalms:

Out of the mouth of babies and infants,
you have established strength because of your foes,
to still the enemy and the avenger.

When I look at your heavens, the work of your fingers,
the moon and the stars, which you have set in place,
what is man that you are mindful of him,
and the son of man that you care for him?

This section of Psalm 8 (ESV) bears surface similarities to the Wordsworth poem: its natural imagery, reflections on humanity’s place in creation, and the strong sense of an “I” behind its sentiments all feel a bit lyrical. But upon analysis, its sudden shifts in tone and subject, not to mention its unpredictable use of parallelism, set it apart. My impression of these poems was that they accumulated instead of progressing. They felt muddy and roundabout. I chalked up my confusion to some deficiency of my own and to keep hammering away at my daily readings anyway.

The answer to my dilemma, of course, is that the Psalms are not lyrics. Yet like many Westerners, I didn’t know how to read a poem in any other way. Anytime I encountered biblical poetry I wanted to make it a part of my discourse with God, but I had the nagging feeling that I was not getting the drift.

It wasn’t until I discovered the Japanese poetic tradition of haiku that I had a breakthrough with biblical poetry. In particular, it came when I was reading Robert Hass’s introduction to his collection of translations, The Essential Haiku. Before I read Hass’s versions of these poems I’d seen haiku as heavy-handed “high art” that seemed to delight in its own caginess. Take this simple-seeming example by Basho:

Autumn moonlight—
a worm digs silently
into the chestnut.

The poem is over so quickly that the whole enterprise seems to taunt us. Are we missing something? Yet while it is easy to spot what is present in this poem, it can take many readings to realize that the poem’s emphasis is on what is not there. This haiku is about the sound that a digging worm is not making as it burrows into the nut. It is about what the poet cannot grasp with his senses. By extension, it is about everything that the poet cannot notice because of his own limitations.

It took Hass’s introduction to make me understand the way haiku like this one operate. Hass warns that our tendency to rush to the end of them is often what makes haiku appear trite. It is better, he argues, to allow ourselves to “sink down through the levels of these poems.”

When I read that, I understood that these poets did not intend for their work to be read “for comprehension.” In fact, comprehension in the narrow sense of “getting the plot” could actually hinder a real understanding of the poem. Rather, a haiku is designed to yield its meaning slowly, not through analysis but through contemplation. While Western lyric poems generally use devices like simile and parallelism to reinforce our understanding of a narrative, contemplative poetry preserves deep ambiguities between its parts in order to encourage us—even force us—to sit and process.

Though they are part of a very different tradition, the Hebrew poets of Scripture share a goal with artists like Basho: their poems are designed to be handled and weighed rather than to be imbibed and discarded. One of the primary ingredients of a biblical poem is time, time that can only be supplied by the reader. Over the years, considering the strange shifts in Psalm 8 has helped me to understand its implicit message: that simple faith like the kind we find in children is, paradoxically, both a prediction and a manifestation of God’s ultimate victory over sin:

Out of the mouth of babies and infants,
you have established strength …

That realization only came to me slowly and, in this sense, the Psalms used their form to reinforce their message, which is that we must never really “finish” contemplating God’s glory. Considering the mysteries of biblical poetry’s construction draws us toward the mysteries of God’s character. Like him, they want more than our intellectual assent: they want our attention and our time. 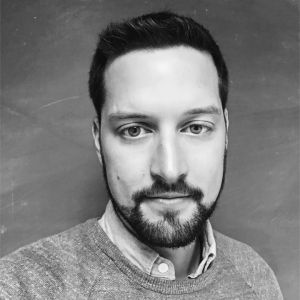 Alex Miller is the co-author of A Bow From My Shadow, a collection of poems written in dialogue with work by Luke Irwin (Ecco Qua Press, 2013). His essays and poems have appeared, among other places, in The Millions, Transpositions, The Cortland Review, The Adirondack Review, The Cider Press Review. He is a Lecturer at Gordon College in Wenham, MA, and an English teacher.