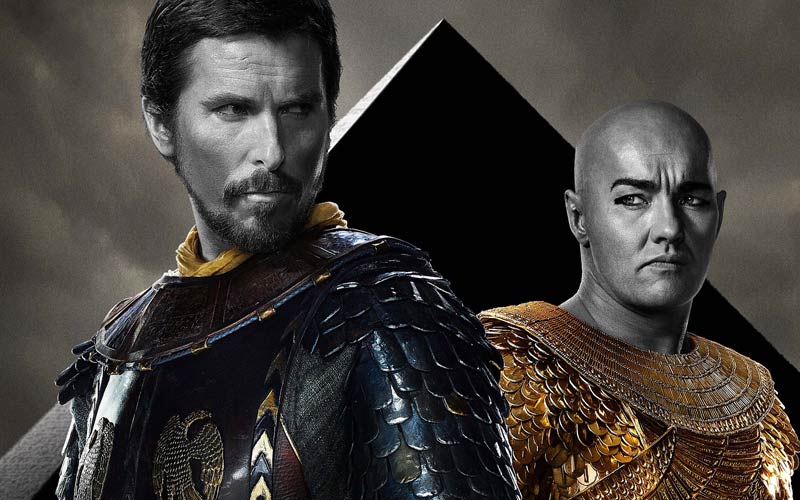 
Do you like to go somewhere after a movie and hash it out? Sometimes that’s half the fun, doing your own Siskel-Ebert thing over drinks and eats. Well, this is a movie that cries out for a post-show discussion. So, whether you’re with a church group, a handful of friends, or your significant other, be sure to plan an “after-party,” where you can review this important film, which comes out in theaters December 12.

Getting started:
And what should you talk about? See if you can get past the thumbs-up-or-down and into the meaning of the movie (and the events that inspired it). Here are some questions that might get you started.

What was the most interesting moment in the movie for you? What did you like about that moment?

What character did you find most fascinating? Why? What desires drove that character? Apart from Moses and Rameses, what other character intrigued you?

Why do you think it was subtitled “Gods and Kings”? If you had to choose another subtitle, what would it be?

If you're familiar with the biblical story of the Exodus, was there any part of that story you saw in a new way, thanks to this movie?

Putting yourself in the story:
Emotional participation is a key element to both movie-watching and Bible-reading. We very easily identify with the characters and imagine ourselves in their situations.

How do you think Moses felt about who he was? How did his sense of identity change throughout the movie?

“I am God,” bellows the Pharaoh Rameses in one conversation. Do you think he really thought of himself as divine? How did this idea rise and fall as the movie progressed?

Imagine yourself as a citizen of Egypt when the plagues start to hit—the Nile turns to blood, the cattle die, then flies, frogs, locusts, and so on. How does that affect you? How does it change your attitude toward Pharaoh, toward the gods of Egypt, or toward the Israelites?

Imagine yourself as an Israelite slave in Egypt. What are the ups and downs that occur for you through this story? How would your feelings change about yourself, about Moses, and about God?

Life changers:
Occasionally a movie (or a Bible story) will change our way of thinking, perhaps challenging us to make different decisions in the future. So it’s helpful to go beyond just putting ourselves in the story and try to apply the story to our selves.

Few of us go around declaring, “I am God.” But do you ever go up against God—as Rameses did in this story—asserting your own desires and resisting what God wants? What happens in those cases?

Moses was clearly caught between two cultures—Egyptian and Israelite. Have you ever found yourself stretched between a religious identity and a separate social identity? What can you do about that? What can we learn from what Moses did?

If an angel of the Lord appeared to you (as with Moses at the burning bush) and gave you an important task to accomplish, what do you think that task would be?

The escape from Egypt and the parting of the Red Sea constituted an identifying miracle for the Israelites, remembered annually in the Passover celebration and mentioned often in later parts of the Bible. Has God ever acted in surprising, amazing, even miraculous ways in your life? How have these miracles shaped you?