Do You Need To Be Free? How Jesus offers freedom from the cycle of sin July 8th, 2019 Mike Anderson 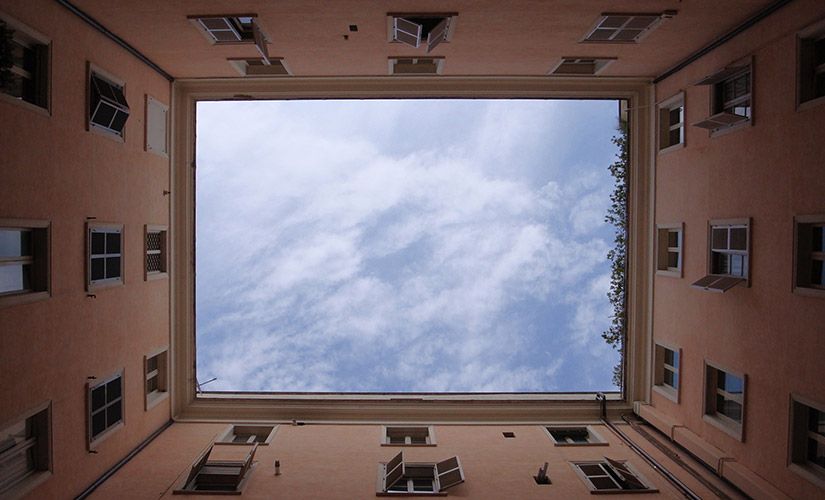 Do You Need To Be Free? How Jesus offers freedom from the cycle of sin July 8th, 2019 Mike Anderson
Bible Engager’s Blog


Everybody wants to be free, right? America was founded on the principle that every human being has a right to life, liberty (freedom), and the pursuit of happiness. The theme shows up all throughout American songs, literature, and movies. The cry of William Wallace at the end of the movie Braveheart still rings in my ears: “FREEDOM!!!” More recently, the movie Frozen held up a vision of freedom common today when its main character, Elsa, sang, “It’s time to see what I can do, to test the limits and break through, no right, no wrong, no rules for me…I’m free.”

Not only does Elsa celebrate her freedom, she explains how she arrived at it. She says the way to be truly free is to test the limits and break through, to cast off restrictive notions of right and wrong, to do away with the rules. Yet in John 8, the passage we’ve been looking at in this series of blog posts, Jesus says if we abide in his Word, we will know the truth, and that truth will set us free. Jesus’s Word certainly includes commandments, statements of right and wrong. “If you love me, you will keep my commandments” (John 14:15), Jesus says. So contrary to Elsa’s philosophy of freedom, Jesus says the way to be free is to abide in his Word, not cast it off.

How did Jesus define freedom?

What exactly does Jesus mean? Well, the people he was speaking to then were wondering too. They’re confused, and edging toward defensive, when they respond to Jesus, “We’re not slaves; what do you mean we’ll be set free?” (John 8:33) Many today would feel that way also: “I’ve tested the limits and broken through, no right, no wrong, no rules for me…I’m free. I do what I want. What do I need Jesus to set me free from?” Jesus’s answer offends his first hearers, and it’s jarring to us, too: “Everyone who practices sin is a slave to sin” (verse 34). Do you practice sin? Are there things you know you shouldn’t do but find yourself doing them anyway—no matter how hard you want to stop? Maybe you’ve tried convincing yourself that those habits aren’t that bad. But if you do recognize that your sins are worse than you want to admit, you aren’t alone.

For example, consider the commandment against coveting. Have you ever wished you had the clothes or home or body or spouse or kids or personality of another person, maybe even a friend? Have you ever been secretly glad when that person suffered or failed? If you’re like me, it’s not hard to see that in one way or another, you’ve broken that commandment against coveting.

The cycle of slavery

Now on some level we all probably realize that our coveting is not good. We may even have beat ourselves up over it. But why can’t we just stop doing it? If we’re honest, those moments of coveting aren’t rare. We find that no matter how hard we try to improve, our best efforts often fail. Sin is not just some bad decisions we make. Sin is a power inside of us. The apostle Paul describes his struggle with sin as fierce, out of his control, and beyond what he can wrap his mind around (see Romans 7:17-25). Like Jesus, Paul uses the language of slavery to describe sin (see Romans 6:12-23).

When Jesus offers freedom, he’s very aware of this tortuous struggle against temptation. Jesus is familiar with all the desires we have that can seem so controlling. He wants us to live free, full lives. He knows that like an addiction, sin drives us away from God and further into ourselves. Left with only myself, I have to find ways to be satisfied—to fulfill my desires—without God. And the more I rely on something as a “fix”—whether it’s gossiping, angry outbursts, or silent resentment—the more I need it.

Take coveting again. Let’s say I see someone close to me succeed and I covet their success, so I say, “I need to do better so I can have that kind of success.” I’ll say, “Forget the tenth commandment, forget the Bible’s wisdom about contentment, I should be free to pursue as much success as I want.” But all I’ve done is become  more of a slave. Now I need to succeed. If I don’t, my failure will crush me. And if I do —just give it time. Eventually I’ll look up and see someone else with more success. I’ll covet their success, and I’ll have to succeed more to reach their heights of success. I’m stuck in the cycle. That is slavery!

The way out of sin

Imagine that pattern with any sin. Think about one close to home. All sins have enslaving power. Sexual immorality is one area where people often believe they will be freer if they can just act on their desire—regardless of God’s commands. If you’ve ever done that, did it really satisfy? Did you ever break out of the boundary and say, “Ah see, I knew that would satisfy me? I’m content now.” Maybe for a day, but then what happened? You had to do it again. Or you had to do it with someone else. Or you needed a more deviant experience.

There are ways to treat Jesus’s Word that will make us feel freer (either by how we approach it or by flat out ignoring it). We can say we’re not going to accept that his Word is true. Or we can stay in the always questioning phase, but never arrive at the knowledge of the truth. But we won’t be free. If we’re honest, if we can be brutally honest with ourselves, we’ll find we’re still controlled by some things that will never satisfy.

Now, how do we get free from those things? Here’s where Jesus boldly declares that if we abide in His Word, we will know the truth, and that truth is what will set us free. The religious answer— the way many have understood Jesus —is to hang on to those commandments: do not covet, do not commit adultery. Memorize them. Believe that they’re right. Try your hardest to live them out. The religious solution is that by sheer will and effort, you can become free of covetousness and sexual immorality and so on. That’s the “religious” answer. It’s also dead wrong. In the next and final part of this blog series, we’ll see why it’s wrong, and what is the ultimate truth that brings freedom.