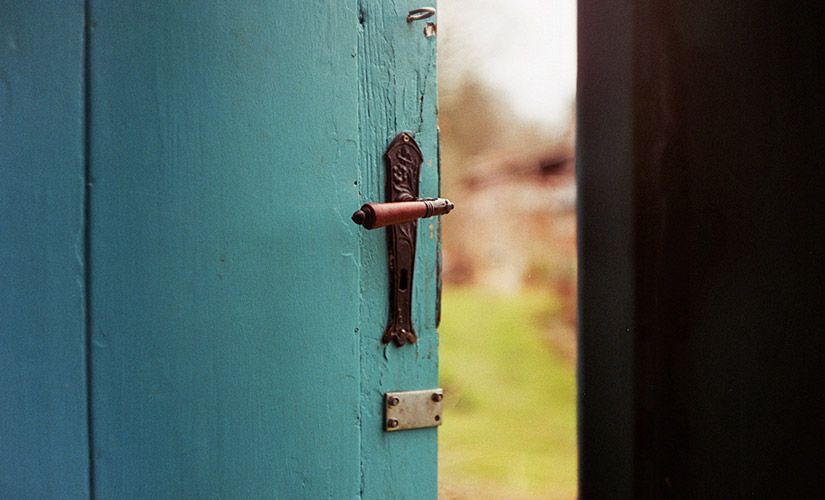 
“Don’t you know you aren’t supposed to do that? God tells us not to. You know better.” Growing up around church but frequently found breaking the rules, I was used to appeals like these to correct my behavior. There was a measure of truth in them that resonated with me: I knew the things I was doing violated God’s commandments. I didn’t like getting in trouble or having my parents angry with me. But that didn’t change the fact that I also liked the things I did. Christians frequently find in themselves a similar tension: We know certain things are wrong, we may even dislike the effect they have on our lives, but we still want to do them.

That tension is what Jesus describes when he says that “everyone who practices sin is a slave to sin” (John 8:34). At the same time, he promises that if we abide in his Word, we will know the truth, and that truth will set us free (John 8:31-32). But what does that mean, really? The religious assumption, the assumption I heard growing up and that many Christians believe, is that those words of Jesus—the ones we need to abide in and the ones that are supposed to set us free—are his commandments. And that’s partly true. Jesus’s commandments certainly are part of his Word, but left alone, they cannot bring the freedom from sin Jesus promises. Simply knowing what Jesus wants us to do or not do does not give us the desire or power to obey. So what is the truth that sets free, and how does it do that?

What is the Truth?

To understand what Jesus means, we have to look at the rest of the conversation in this passage. Jesus continues: “The slave does not remain in the house forever; the son remains forever. So if the Son sets you free, you will be free indeed” (verses 35-36). So far, we’ve been talking a lot about the truth, but now we find Jesus talking about a son. He says slaves don’t remain in the house forever; in Jesus’s culture, slaves were more like indentured servants. When their debt was paid they were free to go, or, under Jewish law, they were released every seven years. Sons, on the other hand, always have a place in the household. Jesus is saying that he has the authority to set us free and to make us sons with him in his Father’s house.

Do you see what Jesus is saying? Earlier he said the truth will set you free; now he’s saying the Son will set you free. Which is it; the truth or the Son? The answer is “yes.” The Son is the truth! Jesus is the Son, and he makes the incredible claim that he is also the truth (John 14:6). The truth Jesus wants us to know through his words is not just a list of commandments and threats; it’s himself! At its most fundamental level, the truth is not a “what,” but a “who.” The truth is who Jesus is and the story of what he has done, what Christians commonly call the gospel (a word meaning “good news”). He is the Son of God, and while we were stuck in slavery to our sins, God sent him, not to judge us for our sins, but to take upon himself the judgment our sins deserved. He died as our substitute and then rose from the dead. Jesus’s resurrection meant that he had won forever the war against sin and its effects. Because he is the victor over sin, only he can set us free from the sin that enslaves us. His Word to us, his truth claims, are not there to oppress us—but to set us free! Now, how does he do that?

How does Jesus set us free?

We’ve already seen in these verses that what Jesus tells his disciples to do with his Word is “abide” in it (8:31). Now we see that the truth contained in his Word is actually himself. Therefore, when we read or think about his words, we should look not only for what they tell us to do or not do, but what they tell us about him. The more we understand what is true about him, the more we are able to trust him. Scripture says: “…if you confess with your mouth that Jesus is Lord and believe in your heart that God raised him from the dead, you will be saved” (Romans 10:9). Do you see it there? There are truths we’ve heard or read from his Word: Jesus is Lord, God raised him from the dead. When we believe that truth, we’re committing ourselves into Jesus’s care, trusting that he will and does save us. Salvation includes being set free from sin, so that Paul, writing to those who have believed, could say: “We know that our old self was crucified with him…so that we would no longer be enslaved to sin. For one who has died has been set free from sin” (Romans 6:6-7). Through faith in Christ, our old self that was enslaved to sin dies. In its place, a new self is born—one that is free from sin’s power.

Let’s not forget that Jesus calls us not merely to believe in his Word once, but to abide in it, to continue trusting it for a lifetime. Although Christians are definitively set free from sin the moment they believe, the struggle with sin continues for the rest of our lives (see Romans 7:13-24). We are free from the power, but not the presence of sin. As long as sin remains, it will try to enslave us over and over again. In order for Christians to experience the freedom from sin that is theirs in Christ, they must keep going back to the Word concerning Christ and applying it to their particular sin struggles.

As you do that, you get to know Jesus better and better. You come to see him as more lovely and glorious than the sin that tempts you. “Abiding in Jesus” may seem like an abstract concept to you. But with the Holy Spirit’s help, the more faithfully we try to know Jesus through his Word and through praying to him, the more we will develop a real, meaningful relationship with him. Over time, our desire to know him and to obey his Word grows stronger, and our desire for sin gets weaker. You may not notice the change right away, but like any relationship, your investment will pay off. Experiencing the freedom that Jesus offers is a process, but it’s worth it. You can trust him. He is the Truth that sets free.