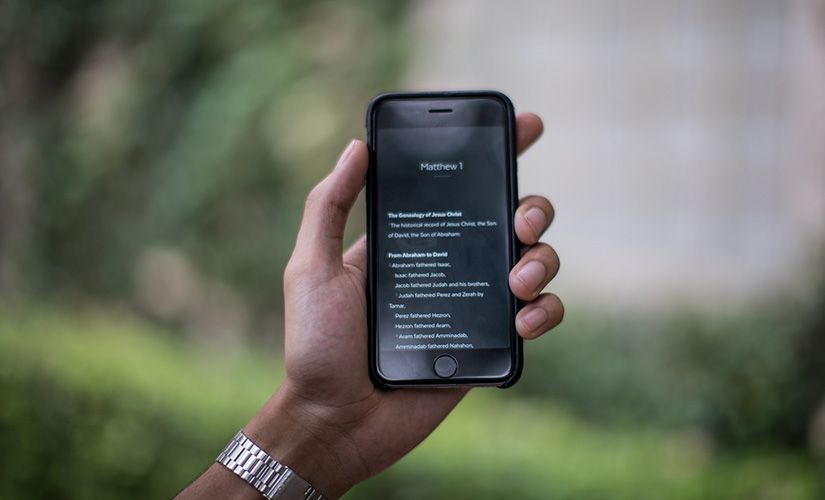 
There’s something I’ve noticed when I get together with old friends to talk about days gone by: we remember the same events differently.

Sometimes these differences involve discrepancies that beg to be resolved. But usually they involve different perspectives; different angles on the same event, with each person contributing a part of the whole that none of us possesses alone. We see in part, and we need one another to fill out our picture of the world.

I believe this is why there are four Gospels. Through the multiple perspectives of Matthew, Mark, Luke, and John, God has given us four views—four portraits—of Jesus and his work in the world. Each author has a distinctive voice that tells the story of a multi-dimensional Jesus.

I’d like to explore just one Gospel—Matthew's, to see how it uniquely contributes to our picture of Jesus. In this exercise, we temporarily put aside what Mark, or Luke, or John might have said. The goal is to let Matthew speak on his own terms, so we can hear his unique voice the way his earliest readers (or, more likely, hearers) would have. When I read Matthew carefully, three things stand out: Matthew emphasizes the fulfillment of Scripture, Jesus’s radical teaching, and the way that Jesus’s identity shapes our own.

One of the most unique features of Matthew’s Gospel is the emphasis on the fulfillment of the Old Testament. Ten times throughout his Gospel, Matthew tells us explicitly that something happened in the life of Jesus “in order to fulfill what was spoken through the prophet.”

Sometimes, to the modern reader, it’s not clear what Old Testament Scripture Matthew has in mind, or how exactly he views the New Testament event as the fulfillment. But usually, by looking up the cross-referenced Old Testament passage and reading it in its context, we can get a pretty good idea of what Matthew was thinking.

So, in Matthew 2:13-15, for example, the angel warns Joseph to take the baby Jesus and his mother to Egypt to escape the wrath of Herod. Matthew tells us, “this was to fulfill what the Lord had spoken by the prophet, ‘Out of Egypt I called my son’” (Matthew 2:15). The reference is to the prophet Hosea’s words (Hosea 11:1).

When we read the Hosea passage in its context, we see that the prophet is talking about the Israelites as God’s “son,” and how, despite God bringing them out of Egypt, they continued to go astray. When we connect the two passages, we realize that Matthew views Jesus as a sort of individual version of the Israelites. Jesus has come to do what the nation failed to do. Jesus is the true Israelite—God’s faithful Son—who will be obedient to God and lead his people out of bondage to sin.

But why does Matthew take such a direct approach to the fulfillment of the Old Testament? Of all the Gospel writers, Matthew especially has Jewish followers of Jesus in mind. People who know and believe the Scriptures, and genuinely want to know if Jesus is the promised Messiah—and if so, how they should live as his followers. And so, ten times explicitly, and many more times implicitly, Matthew draws us back to the old, old story of Moses and the prophets, beckoning us to see Jesus in its prophecies and patterns.

As you read the Gospel of Matthew, each time you find a fulfillment statement, go back and read the Old Testament passage in context. Take your time, thinking about how the passage fits into its overall story of the Old Testament. (A good study Bible can help fill in some of the Old Testament context and background.) Isn’t it exciting to read this way? Even if it’s difficult at first, I encourage you to stick with it. You’ll learn more and more about how the Bible is one grand story artfully woven together and pointing to one person.

Another unique feature of Matthew is his emphasis on the teaching of Jesus. The Sermon on the Mount, found in chapters 5, 6, and 7, is probably the best example of this. These three chapters contain some of Jesus’s best-known teachings, including the Beatitudes, “turn the other cheek” (5:39), and the Lord’s Prayer. Generations of believers—and even unbelievers—have been deeply impacted by the radical kingdom lifestyle on display in these beloved chapters.

In addition to the Sermon on the Mount, Matthew also has several unique parables, including the Sheep and the Goats (Matthew 25:31-46.), the unmerciful servant (Matthew 18:23-35), and the pearl of great price (Matthew 13:44-46). Could you imagine what we’d be missing out on if we didn’t have Matthew?

But why does Matthew include so much unique and radical teaching? Probably because he wants to teach the followers of Jesus how their identity as followers of Christ supersedes all other identities and makes them part of a new community that lives like their King. This leads to the third emphasis of Matthew.

Several years ago I read a commentary on the Gospel according to Matthew called The Gospel of Identity. In it, the author (Michael Card) points out that Matthew’s Gospel was likely written at a time and place where the early Christians were grappling with two big questions: Who is Jesus? And, who are we, his followers? The two go together.

The Jewish believers whom Matthew was likely writing for were wrestling with the question of whether Jesus really was the Messiah, and if so, what kind of a Messiah. That’s why Matthew repeatedly emphasizes the identity of Jesus using titles such as Son of God and Son of Man, and Son of David. Matthew also points to who Jesus was in more subtle ways, comparing him to Moses, Solomon, David, and others. Matthew’s Jewish readers needed to know that here was One who was greater than any prophet, priest, or king they had ever known.

But Matthew also wants to tell his readers about who they are. This is because the makeup of the churches was probably changing when Matthew wrote his Gospel. What had started out as an all–Jewish movement was beginning to include more and more Gentiles. And this raised serious questions for both groups. For example, did Gentiles have to first become Jews, or did Jews somehow become less Jewish when they started to follow Jesus?

And into this vulnerable and confusing place Matthew speaks gently. He tells his readers, Jew and Gentile alike, where their identity lies: not in family, pedigree, or tradition; not in laws or false liberty, but in Jesus, the Son of God and Savior. The mark of a Jesus community is to be found in its radical belief in a Messiah who died and rose from death, and in its radical obedience to his commands. What was true for this early community is still true for us as well. We need to constantly be brought back to the two questions of identity: Who is Jesus? And, who are we because of him? Matthew’s answer is for us today.

Putting it all together

The three features of Matthew I’ve mentioned in this article are just a start. As you explore Matthew’s Gospel, you might notice other unique features. The lesson is, take the time to read each Gospel deeply and individually. Ask yourself, as you read, “What stands out about this portrait of Jesus?” “What is Matthew (or Mark, or Luke, or John) trying to tell me about Jesus that no other author tries to do? How can I know, love, and serve Jesus more faithfully as a result of carefully examining what this author reveals about him?

If we approach the Gospels this way, they will continue to open up new insights that draw us into worship.

For me, one simple verse in the Sermon on the Mount–easy to overlook–sums up Matthew's view of Jesus: “Do not think that I have come to abolish the law and the prophets; I have not come to abolish them but to fulfill them” (5:17).

Here we see Jesus, seated in full authority on the mountainside, teaching his people the law. So we see that in him the Old Testament is supremely fulfilled. And we see his radical teaching, giving shape to our lives. But more than that, as we reflect on who it is that would have such authority, we come to learn that here is One who is greater than Moses; greater than David; greater than Abraham. He speaks as God himself, for he is Immanuel, God with us. He is our God, and we are his people. 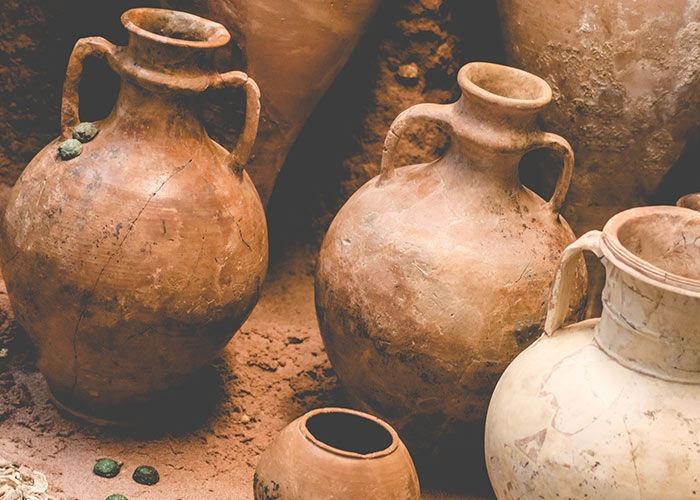 Everything You Need To Know About Luke

The Gospel of Luke and the Book of Acts together make up more than twenty-five percent of our New Testament—more than the letters of Paul. These books, a carefully crafted two-part account of Jesus and the early church, were written by a single author, traditionally identified as “Luke the ... 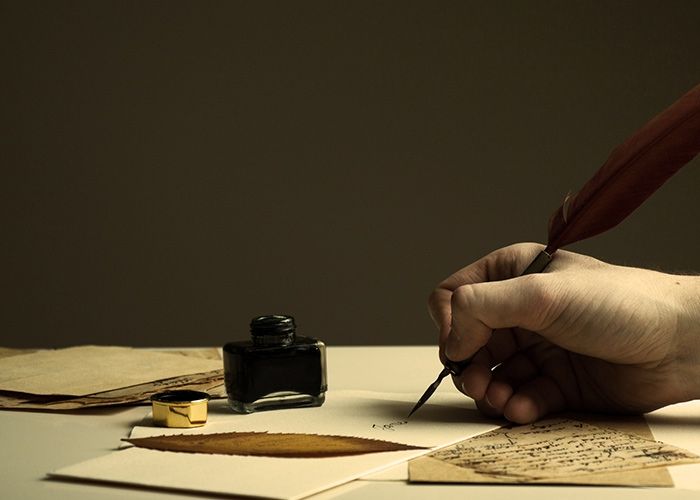 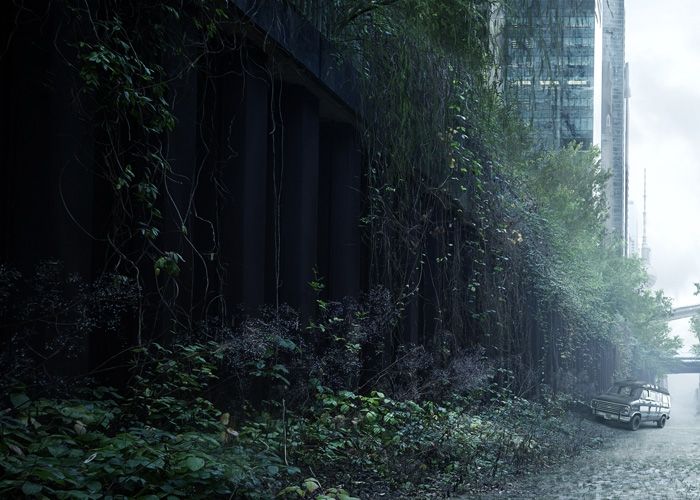 How to Read the Bible’s Apocalyptic Literature

“Revelation, ” they said. “We want to study Revelation.” My Bible study group was insisting that I lead them through the last book of the Bible. They hoped that I would be able to explain it all for them. Ha! I had been avoiding Revelation all ...

Read more posts about: Books of the Bible, Understanding Scripture 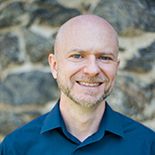 Mark Giacobbe lives in Philadelphia, where he is Associate Pastor of Community Life at Citylight Church and a Lecturer in New Testament at Westminster Theological Seminary.